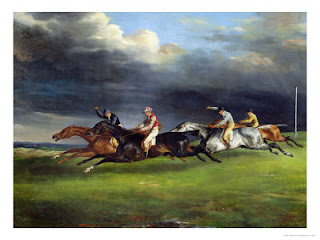 The Derby Stakes, known as The Investec Derby or The Derby and internationally as the Epsom Derby, is a Group 1 flat horse race in Great Britain which is open to three-year-old Thoroughbred colts and fillies. It is run at Epsom Downs over a distance of 1 mile, 4 furlongs and 10 yards (2,423 metres), and it is scheduled to take place each year in early June. It is Britain’s richest horse race, and the most prestigious of the country’s five Classics. It is sometimes referred to as the Blue Riband of the turf.
The Epsom Derby is one of the most prestigious and iconic events of the sporting and social calendars. The Ladies day is known for being a highly fashionable event, where ladies compete to win the coveted Style on the Downs competition. Elaborate headwear and colourful dresses are the norm. 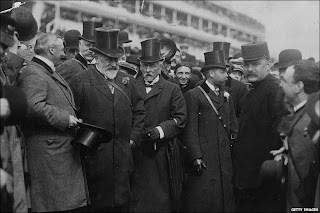 The Derby originated at a celebration following the first running of the Oaks Stakes in 1779. A new race was planned, and it was decided that it should be named after either the host of the party, the 12th Earl of Derby, or one of his guests, Sir Charles Bunbury. According to legend the decision was made by the toss of a coin, but it is probable that Bunbury, the Steward of the Jockey Club, deferred to his host. The inaugural running of the Derby was held on 4 May 1780. It was won by Diomed, a colt owned by Sir Charles Bunbury, who collected prize money of £1,065 15s. The first four runnings were contested over 1 mile, but this was amended to the current distance of 1½ miles in 1784. Lord Derby achieved his first success in the event in 1787, with a horse called Sir Peter Teazle. 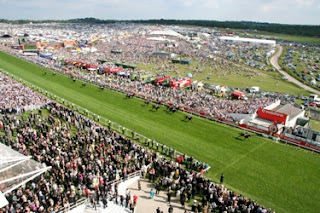 The starting point of the race was moved twice during the 19th century. The first move, suggested by Lord George Bentinck, was in 1848, and the second was in 1872. It was discovered in 1991 that the exact length of the race was 1 mile, 4 furlongs and 10 yards.
The Derby has inspired many similar events around the world. National variations include the Prix du Jockey Club, the Irish Derby, the Deutsches Derby, the Derby Italiano and in Australia, the AJC Australian Derby, Queensland Derby, South Australian Derby, the VRC Victoria Derby and WATC Derby. The New Zealand Derby contested at Ellerslie Racecourse, Auckland is the richest Derby in the Southern Hemisphere. Several races in the United States bear the “Derby” name, the most famous of which is the Kentucky Derby 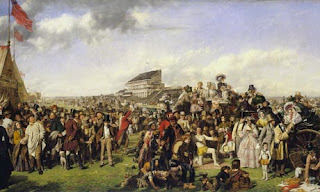 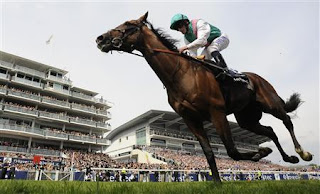 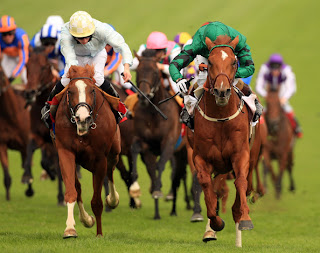