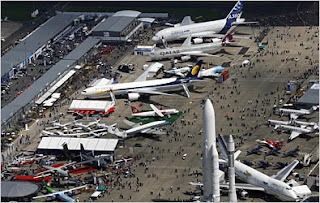 The Paris Air Show (Salon International de l’Aéronautique et de l’Espace, Paris-Le Bourget) is an international trade fair for the aerospace business. It is held at Le Bourget Airport,  North Paris, France every odd year, alternating both with the Farnborough International Exhibition and Flying Display and the Internationale Luft- und Raumfahrtausstellung Berlin.
The Paris Air Show is a commercial air show, organised by the French aerospace industry’s body the Groupement des Industries Françaises Aéronautiques et Spatiales (GIFAS) whose main purpose is to demonstrate military and civilian aircraft to potential customers. It is one of the most prestigious in the world; traditionally, some major sales contracts are announced during the show as part of the corporate communication of the manufacturers. All major international manufacturers, as well as the military forces of several countries, attend the Paris Air Show.

In addition to industrial visitors, during the closing days of the salon, the show welcomes a large number of public visitors from France and many other European countries, when admission is not limited to visitors with industry affiliations.

The Paris Air Show traces its history back to the first decade of the 20th century. In 1908 there was a section of the Paris Automobile Show dedicated to aircraft. The following year, an air show was held at the Grand Palais from September 25th to  October 17th, during which 100,000 visitors turned out to see products and innovations from 380 exhibitors.  There were four further shows before the First World War.  The show re-started in 1919, and from 1924 it was held every two years before being interrupted again by the Second World War. It re-started again in 1946 and since 1949, has been held in every odd year. 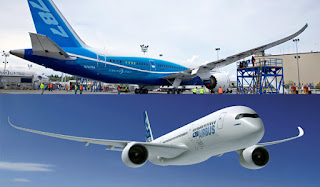 The air show continued to be held at the Grand Palais, and from 1949 flying demonstrations were staged at Orly Airport. In 1953, the show was relocated from the Grand Palais to Le Bourget. During the late 1960s and early 1970s, the show emerged as a powerful international rival to the Farnborough Air Show. The 1971 show featured a full scale mock-up of an Airbus A300 while the new DC-10 and Lockheed Tristar were present at the 1973 edition. Among major accidents, there were two crashes of Convair B-58 Hustler bombers, in 1961 (during aerobatics) and 1965 (during landing). The show suffered its worst accident in 1973 when a Tupolev Tu-144 crashed killing the six crew and eight people on the ground. 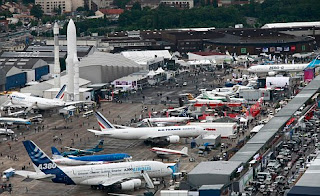 At the Paris Air Show on June 3, 1973, the first Tupolev Tu-144 production aircraft (registration 77102) crashed. While in the air, it undertook a violent downward manoeuvre. Trying to pull out of the subsequent dive, the plane disintegrated and crashed, destroying 15 houses and killing all six on board and eight on the ground.
The causes of this incident remain controversial. Theories included: The Tu-144 was forced to avoid a French Mirage chase plane which was attempting to photograph its canards, which were very advanced for the time, and that the French and Soviet governments colluded with each other to cover up such details; that the cause of this accident was due to changes made by the ground engineering team to the auto-stabilisation input controls prior to the second day of display flights. These changes were intended to allow the Tu-144 to outperform Concorde in the display circuit; the deliberate misinformation on the part of the Anglo-French team. The main thrust of this theory was that the Anglo-French team knew that the Soviet team were planning to steal the design plans of Concorde, and the Soviets were allegedly passed false blueprints with a flawed design. 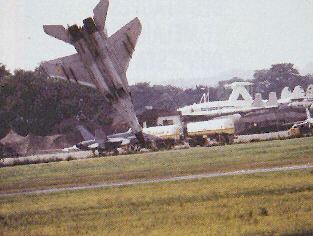 An-225 with Buran at Le Bourget Airfield, 1989 The “38th Paris International Air and Space Show” or “1989 Paris Air Show”, featured a variety of aerospace technology from NATO and Warsaw pact nations.  A MiG 29 crashed during a demonstration flight with no loss of life. The then Soviet space shuttle Buran and its carrier Antonov An-225 was displayed outside of Russia at this show. 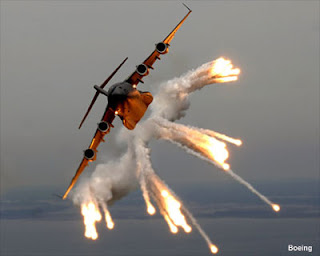 An AH-64 Apache at the 2005 Paris Air showThe 2005 show, held June 13th-19th, witnessed the return of American companies in large numbers following the downscaling of their presence in 2003 in relation to the Iraq War. Another strain in relations in 2005 was the recently launched World Trade Organisation litigation, which involved action filed by the United States against the EU member States alleging WTO-inconsistent subsidies to Airbus.
The Airbus A380 opened the show with a flying display 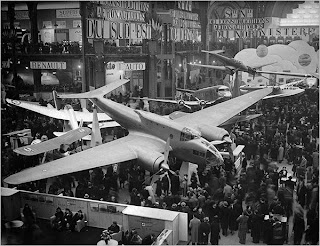 In 2009, the Show marked a hundred years of technological innovation in aeronautics and space conquest. The event was held from 15 to 21 June, at Le Bourget. A memorial service was held at the air show for the victims of Air France Flight 447.