The Gorsedd of Bards of the Isle of Britain has a long and interesting history dating back to the end of the eighteenth century.

In 2009, a commemorative plaque was unveiled on Primrose Hill to celebrate Iolo Morganwg’s contribution and the creation of the Gorsedd of the Bards of the Isle of Britain.

The first link between the Gorsedd and the Eisteddfod was in 1819 at the Carmarthen Eisteddfod, and since the creation of the National Eisteddfod in its current form in 1861, a strong and close relationship has developed, with the Gorsedd playing an important role in the Eisteddfod every year.

Most members of the Gorsedd are poets, writers, musicians and artists, who either join when they win one of the Eisteddfod’s main competitions, sit an exam or when they are awarded a degree in Welsh or Music from a Welsh university.
A number of people are also honored by the Gorsedd every year, to celebrate their contribution to Wales, and these include such notable people as Bryn Terfel, Tanni Grey-Thompson, Rhodri Morgan and Ioan Gruffudd. 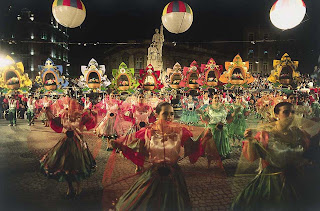 The Gorsedd also honours some people who have worked tirelessly for the National Eisteddfod through the years – often behind the scenes, and these individuals receive the same honour as our famous faces.
New members are honoured in ceremonies held at the Gorsedd Stones on the Eisteddfod Maes on the Monday and Friday mornings of the festival week. These ceremonies are led by the Archdruid, who also leads the main ceremonies held on the Pavilion stage during the week. The Archdruid is elected for three years, and he is the Head of the Gorsedd of the Bards. 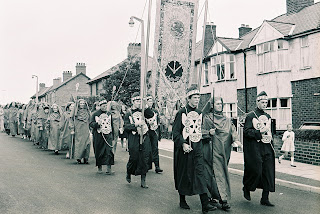 For many, the Gorsedd processions through the Eisteddfod Maes are amongst the week’s highlights. These are held three times during the week following the main ceremonies held on the Pavilion stage.
Monday is the Crowning Ceremony; on Wednesday, the Eisteddfod and the Gorsedd honours the winner of the Prose Medal, and the Chairing of the Bard ceremony is held on Friday. The Gorsedd escort the winning bard or writer – if there is a winner – from the Pavilion and around the Maes. This is an opportunity for the public to enjoy the splendour of the Gorsedd and congratulate the successful winner.

In 2011, the modern day National Eisteddfod of Wales celebrates 150 years. Over the past century and a half, Wales has changed, and the Festival has developed, broadening its appeal in response to these changes over the years. Today’s National Eisteddfod is very different to the festivals of the 1860s, but its primary aim remains the same, to promote the language and culture of Wales. 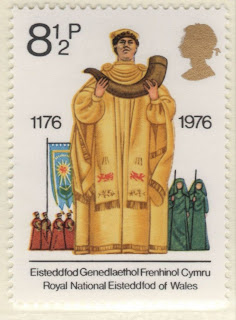 The National Eisteddfod is a travelling festival, visiting north and south Wales alternately, providing the whole of Wales with an opportunity to visit the festival locally every few years, creating an inclusive and welcoming environment, relevant to communities in different parts of Wales, and giving each festival an unique vibe and local feel, whilst retaining its national identity.
Our 150th anniversary is an opportunity to celebrate the festival’s contribution to the cultural, economic, linguistic and community legacy of Wales, whilst looking to the future and at the way in which the festival will develop in years to come. Please join us on our journey and support us in celebrating Wales’ leading festival, the National Eisteddfod.