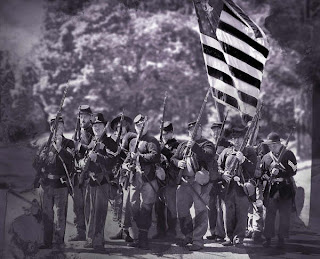 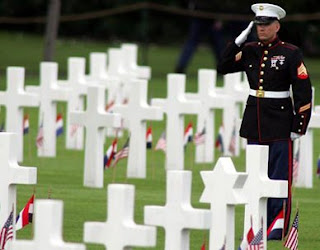 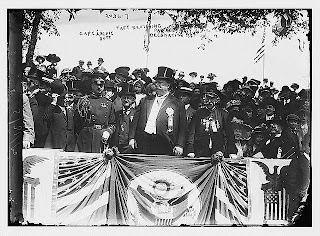 Richard Nixon officially declared Memorial Day to be a federal holiday in 1971. It is held on the last Monday in May as a remembrance of those brave men and women who died in war. Traditionally, a wreath is placed in Arlington Cemetery as a way of memorializing those who died. 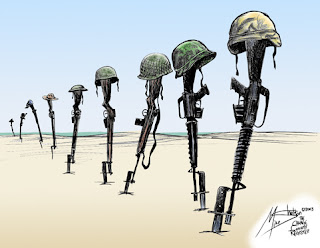 Decoration Day had similar beginnings and is in fact the tradition that gave birth to Memorial Day. Even today it is celebrated by many small churches in the south. It began as a way to honor Civil War dead but soon became a time to put flowers or other decorative items on the graves of all the dead.

Southern churches are famous for having cemeteries on the same land as the church itself. Sometimes, a driveway will separate the two sections but not always. It is very common for the cemetery to be adjacent to the church.
Decoration Day is usually celebrated on the last Sunday in May. Often, this is combined with a church homecoming celebration possibly all day preaching and dinner on the grounds. This is different from a Memorial Day celebration where only the graves of soldiers are decorated. 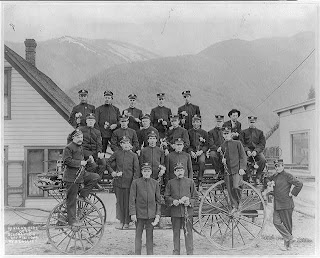 Church members will go to great lengths to be sure that all graves are decorated and cleaned. There may not be any living family members for a particular plot but there will be flowers on the grave.
It is said that “cleanliness is next to Godliness”. This is where the church literally shines. Headstones will be scrubbed and cleaned until they shine like new pennies. All debris is removed from the cemetery. The grass will be cut, weeds pulled and all of the cemetery grounds will be trimmed. 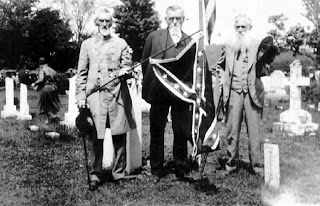 Only then is the cemetery ready for the flowers to be placed. On Decoration day each grave will be decorated to the one hundred flowers stuck in the dirt on any given grave. You may see pots of live flowers, expensive floral arrangements or hand picked bouquets. The graves may also have photos or other mementos placed upon them.
The commitment to honoring the dead isn’t just made in flowers. On Decoration Day, many southern churches will collect monetary donations as people come to tend their plots. These funds go toward cemetery upkeep and play an important role in the continued maintenance of the cemetery.
Even though the two special occasions occur on the same weekend and share common beginnings the two days are not the same. As more people celebrate Memorial Day fewer are left to celebrate or even understand Decoration Day.