Every year, New York City department stores transform their standard window displays for wintry holiday themed showcases.  They usually start unveiling these windows around the middle of November.  These window displays become a feast for the eyes with portrayals of the winter holidays.  Either showcasing one of our favorite stories or movies when we were children or some kind of glittery modern extravaganza.  The holiday windows for the 2017 season have already proven to be a hit with window shoppers.

I hope you enjoy this peek at the new holiday windows for 2017!

They collaborated with artists Simon and Nikolai Haas of The Haas Brothers on its winter window display, titled “Haas for the Holidays.” The Haas Brothers typically explore aesthetic themes relating to nature in their work, thus the luxury retailer’s Madison Avenue displays create an imaginative universe using Haas animations and characters coexisting through eras from the beginning of the earth to the distant future. “We were thrilled to collaborate with the Haas Brothers to tackle complicated themes through a unique lens of playful environments and characters,” said Matthew Mazzucca, Creative Director of Barneys New York. “The result is a fun and engaging concept that celebrates individuality, inclusiveness and love.” 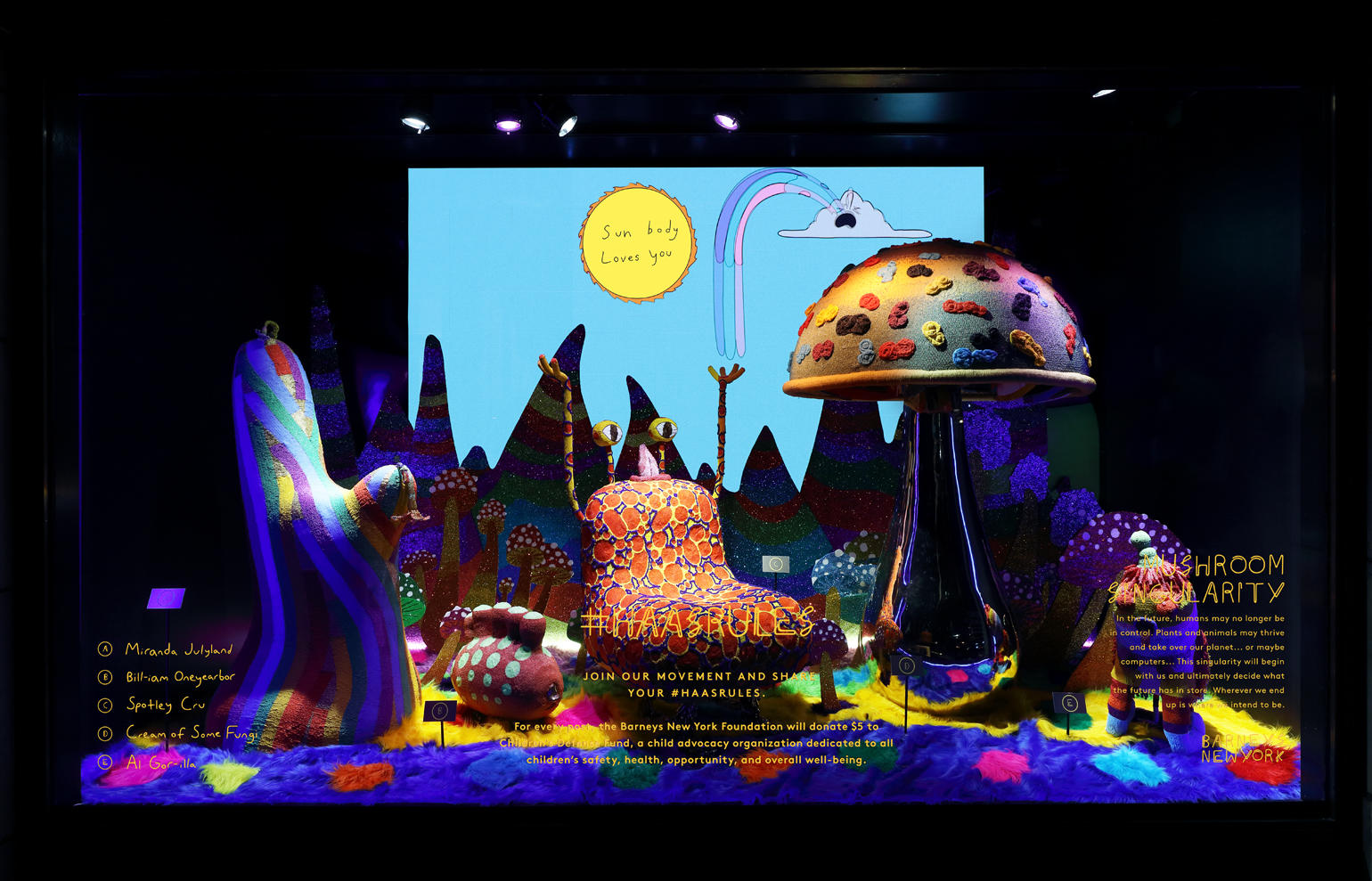 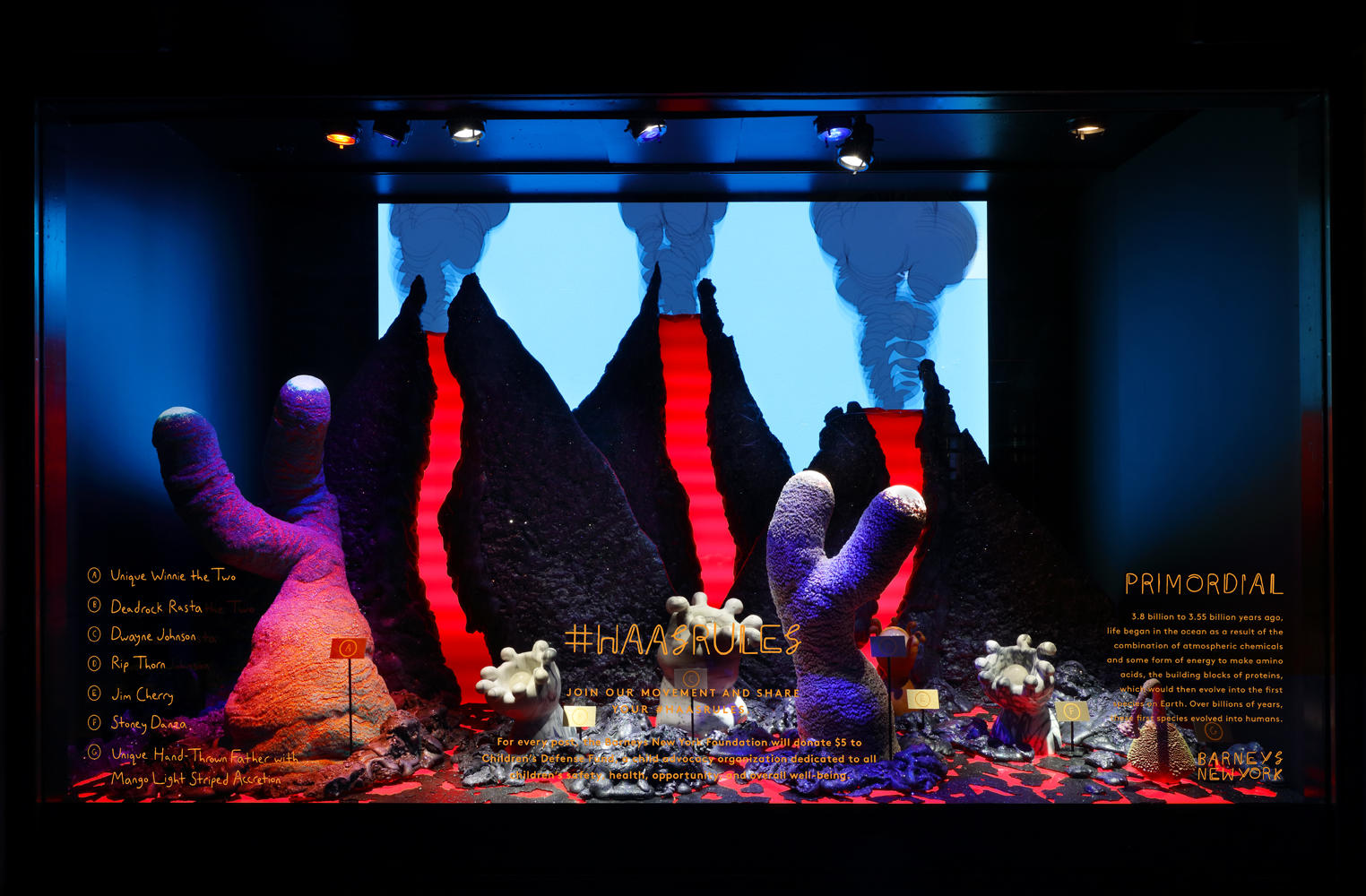 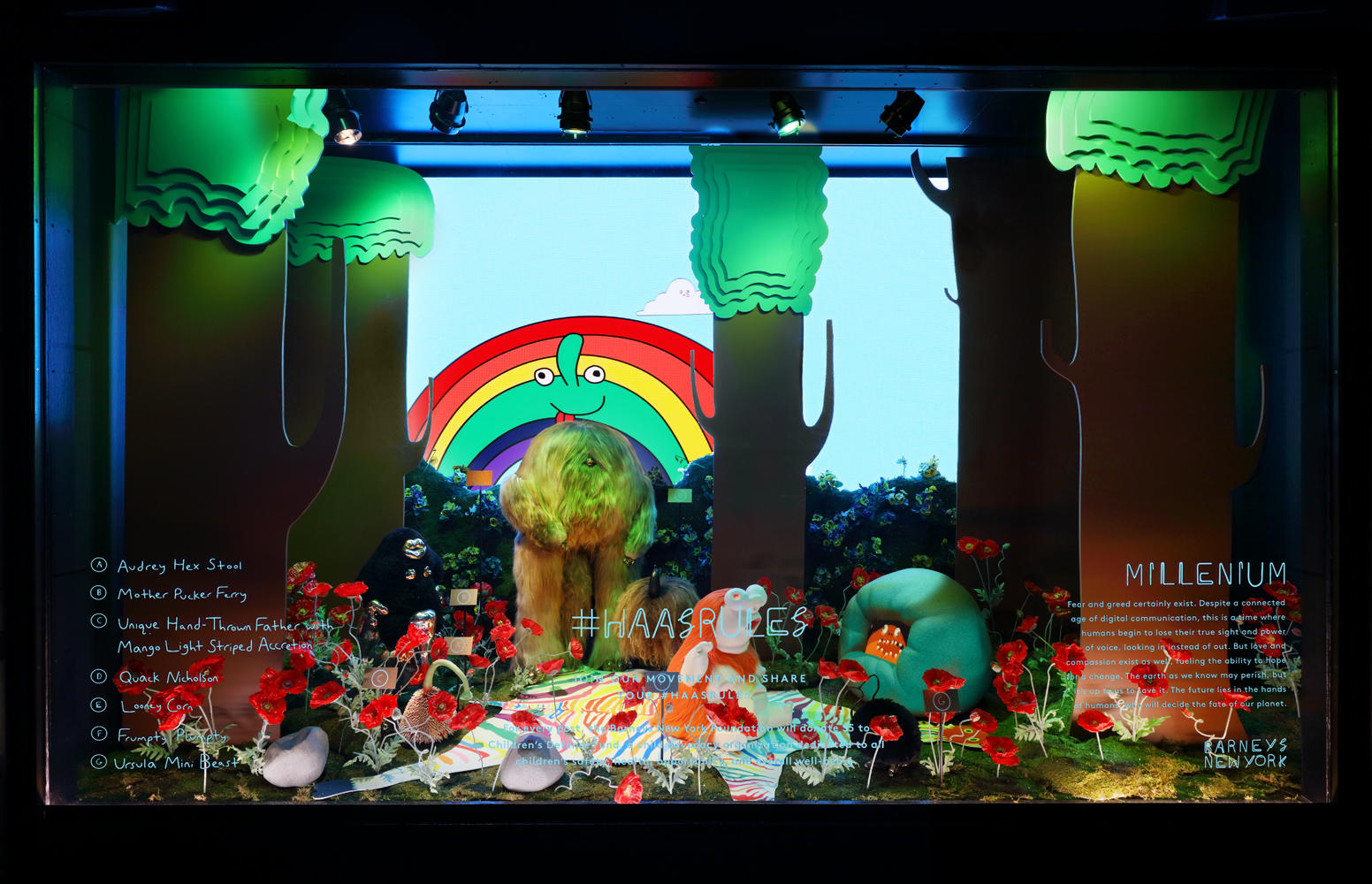 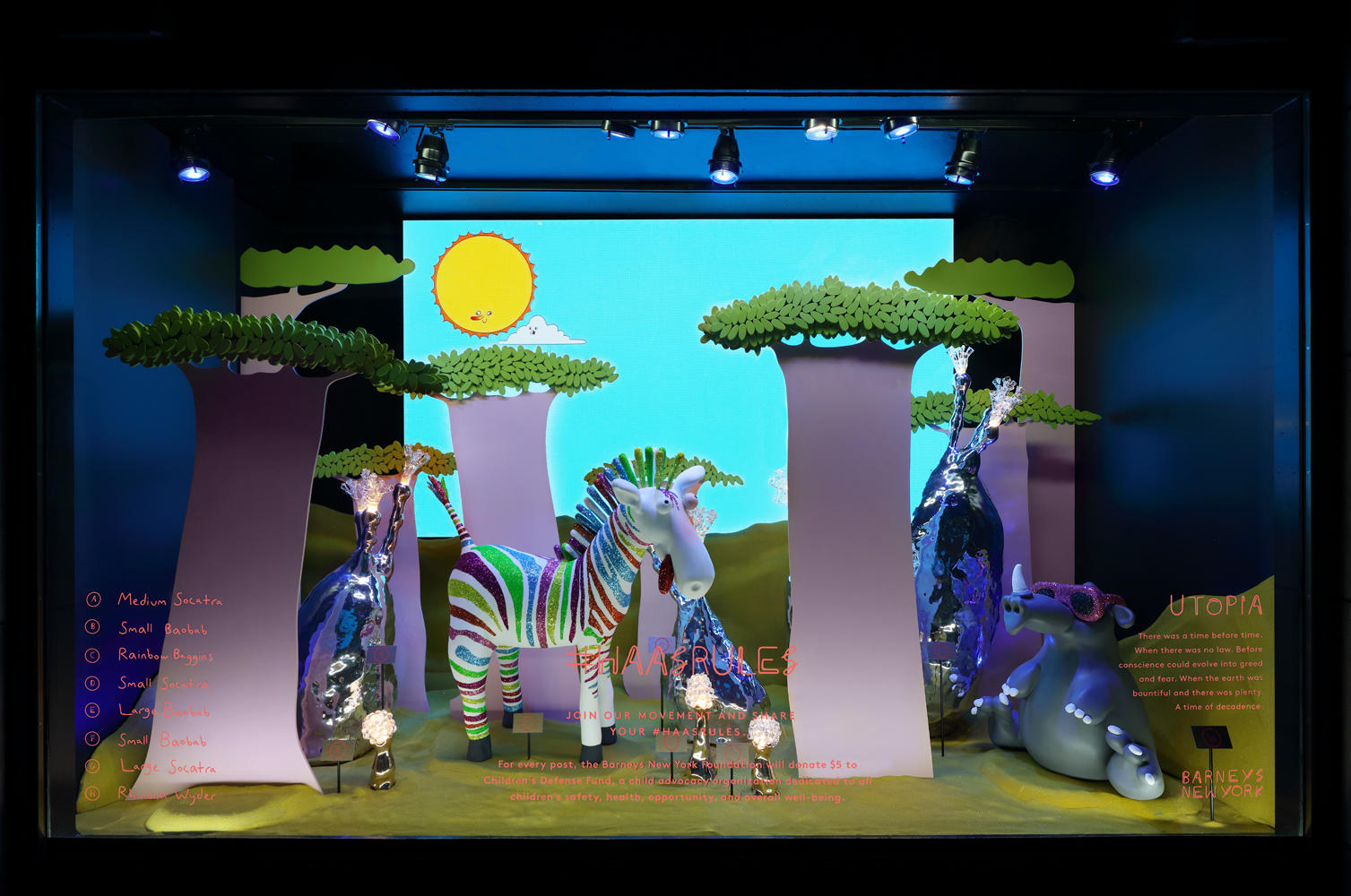 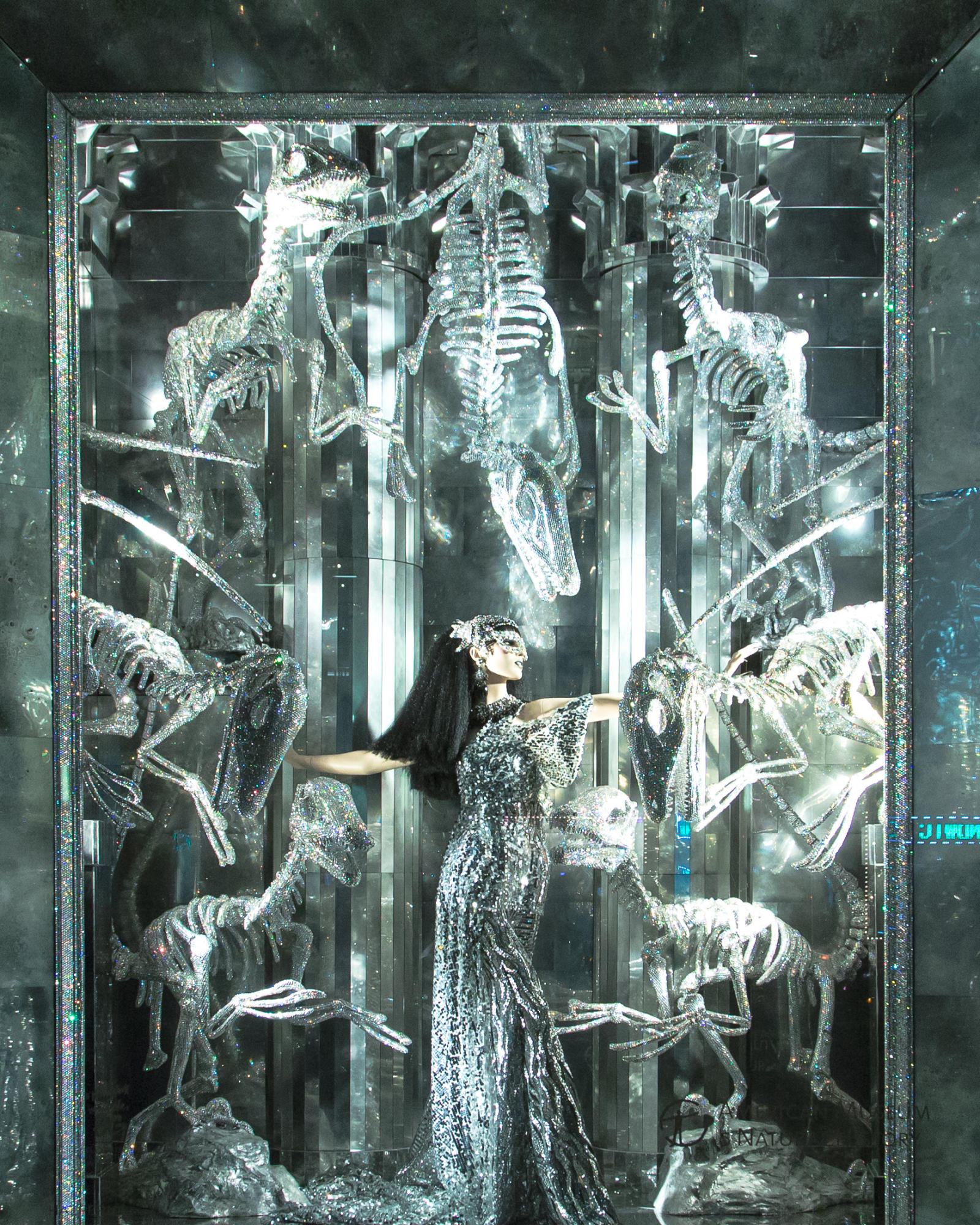 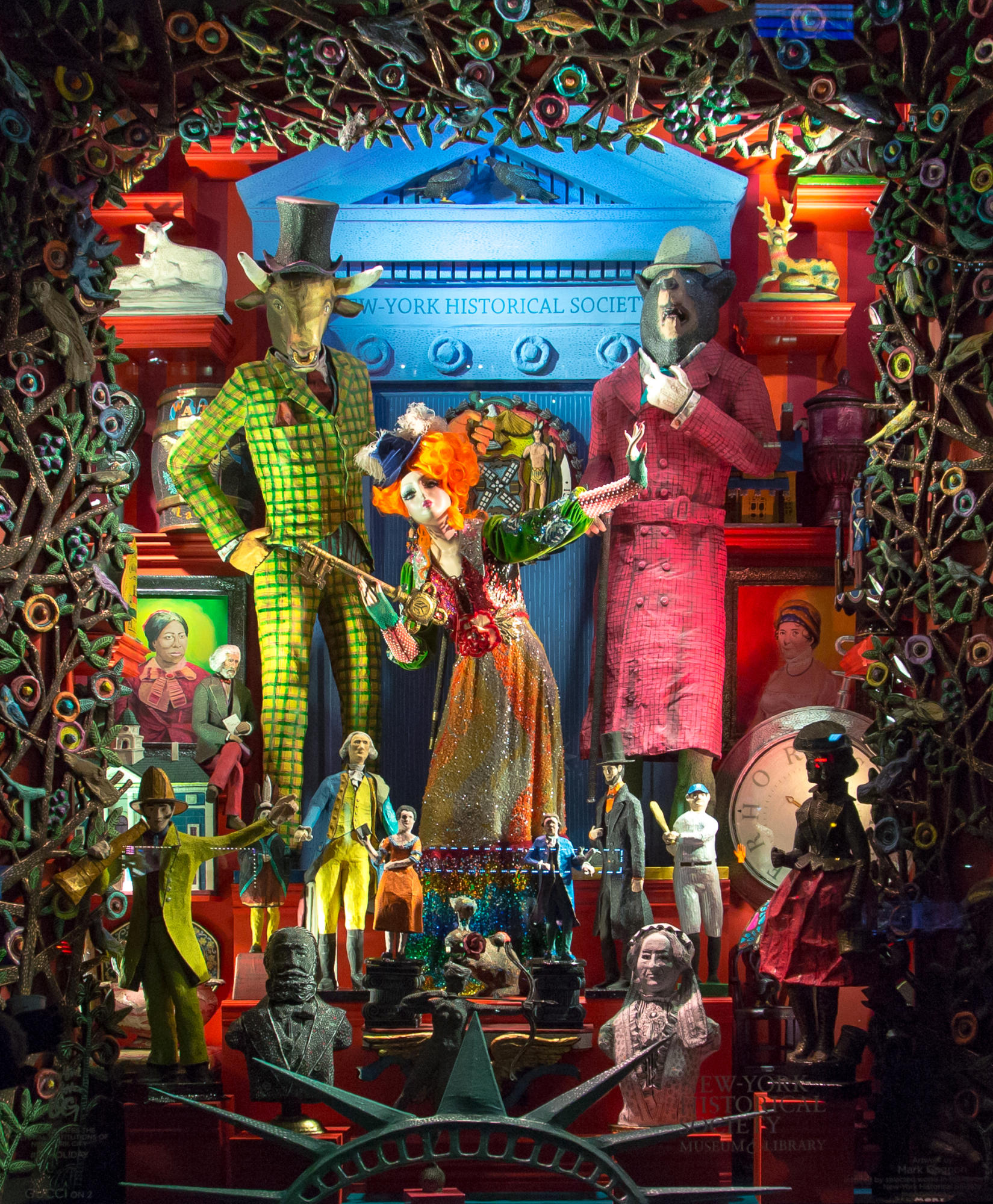 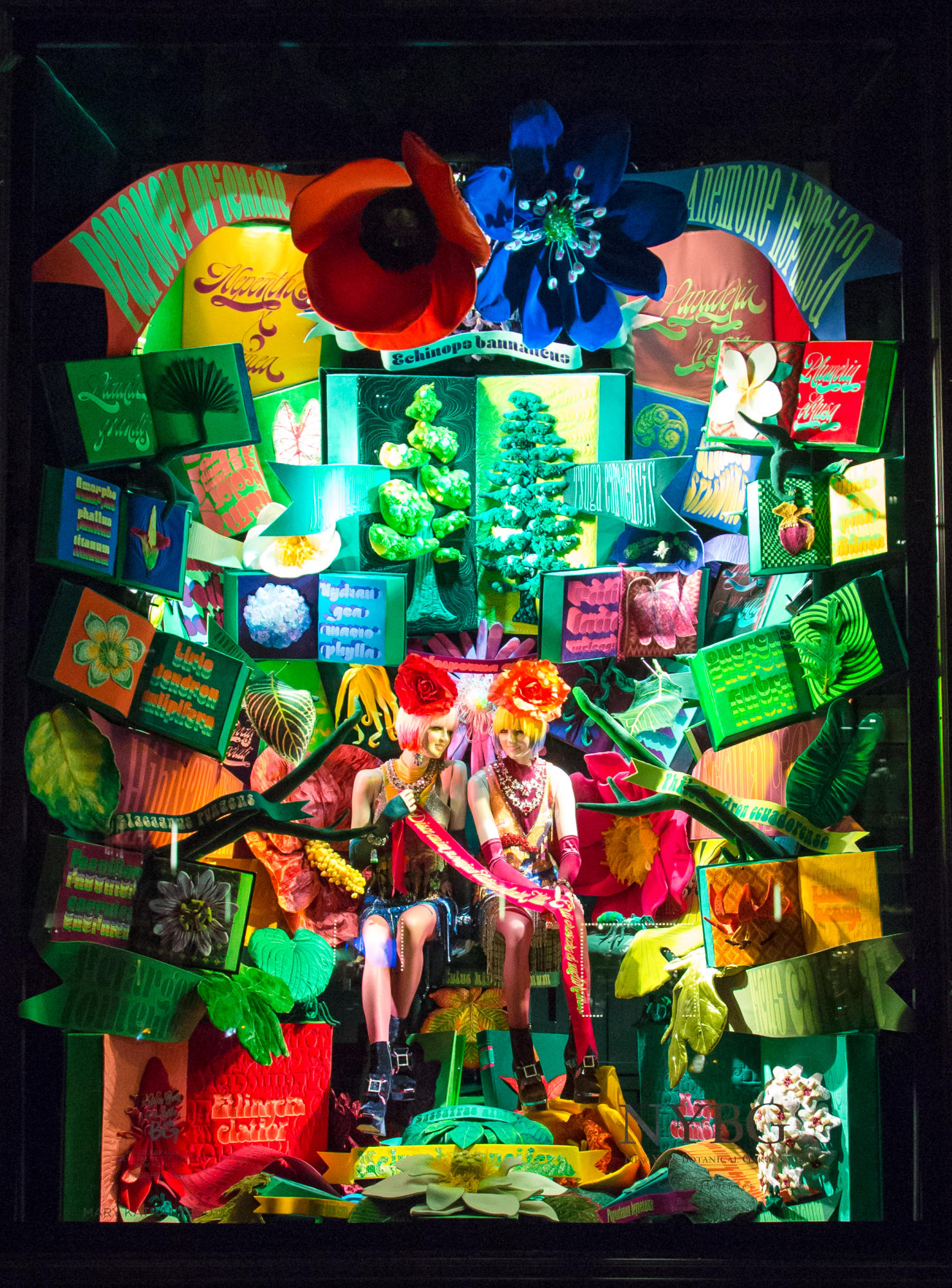 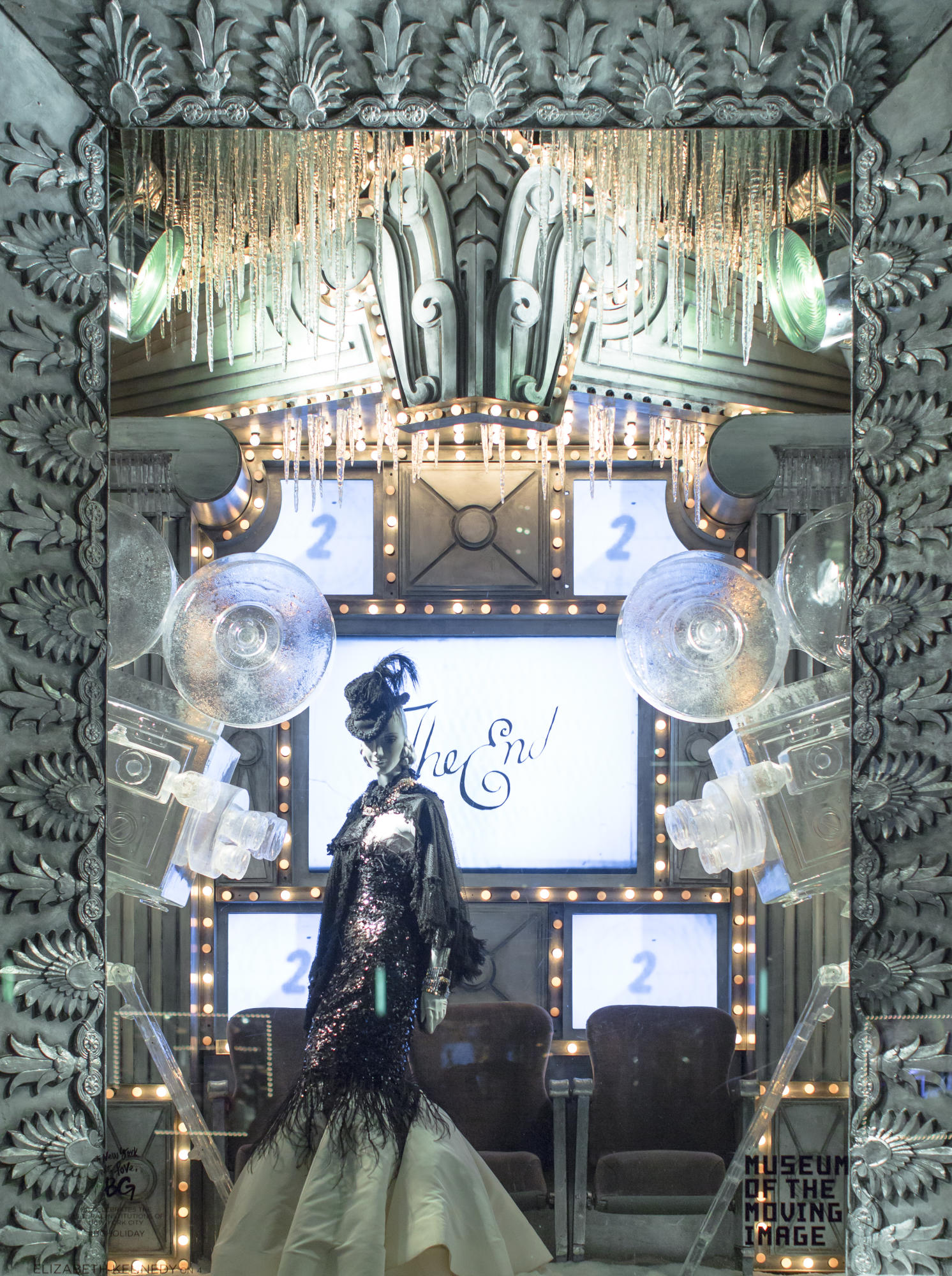 Henri Bendel celebrates fearless creators through its playful holiday setup made in partnership with 3D greeting card company Lovepop. “It has been a pleasure working with the Lovepop team on the flagship holiday installation this year,” said Henri Bendel creative cirector Pina Ferlisi. “As disruptor’s in their industry, Lovepop is an incredible group of risk takers. We love their more is more approach to surprise and delight their customers, something we believe in when speaking to our own Bendel girls.” Together, the two delight Bendel’s holiday shoppers with a stunning interior display of over 30,000 butterflies fluttering from the ceiling and enchant Fifth Avenue passerbys with a whimsical window display of paper-made flora and fauna bursting out of the retailer’s signature hat box. 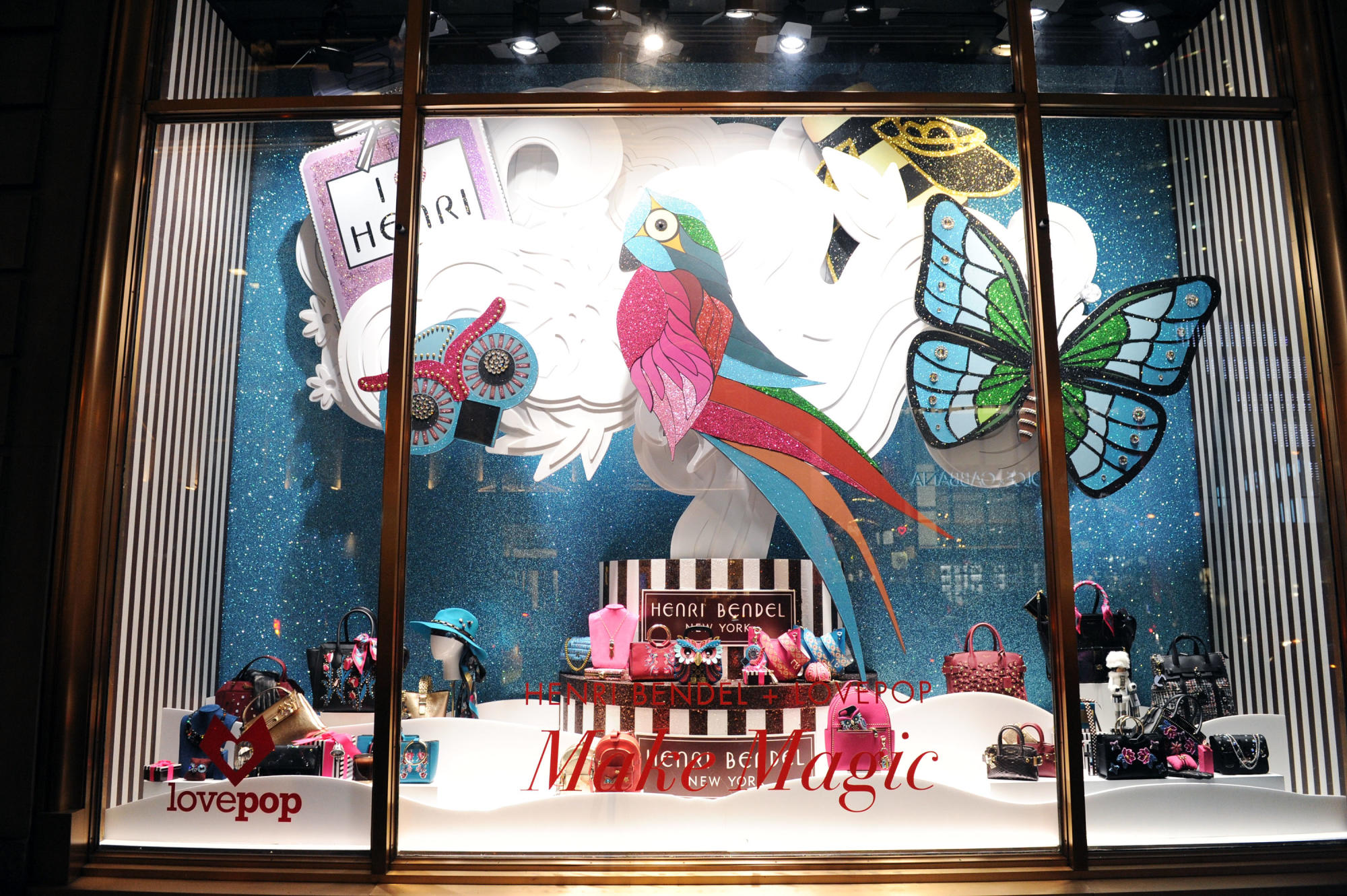 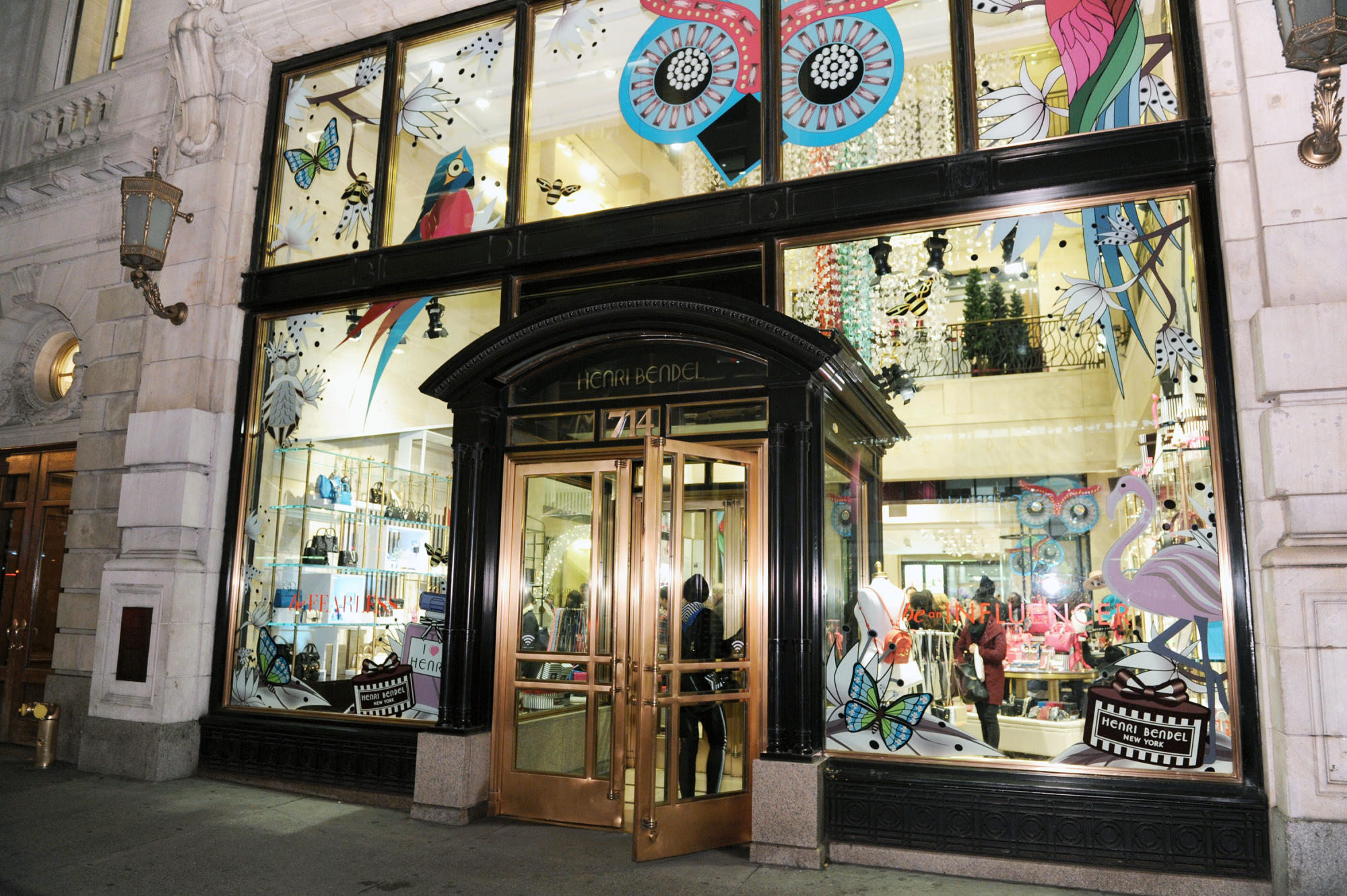 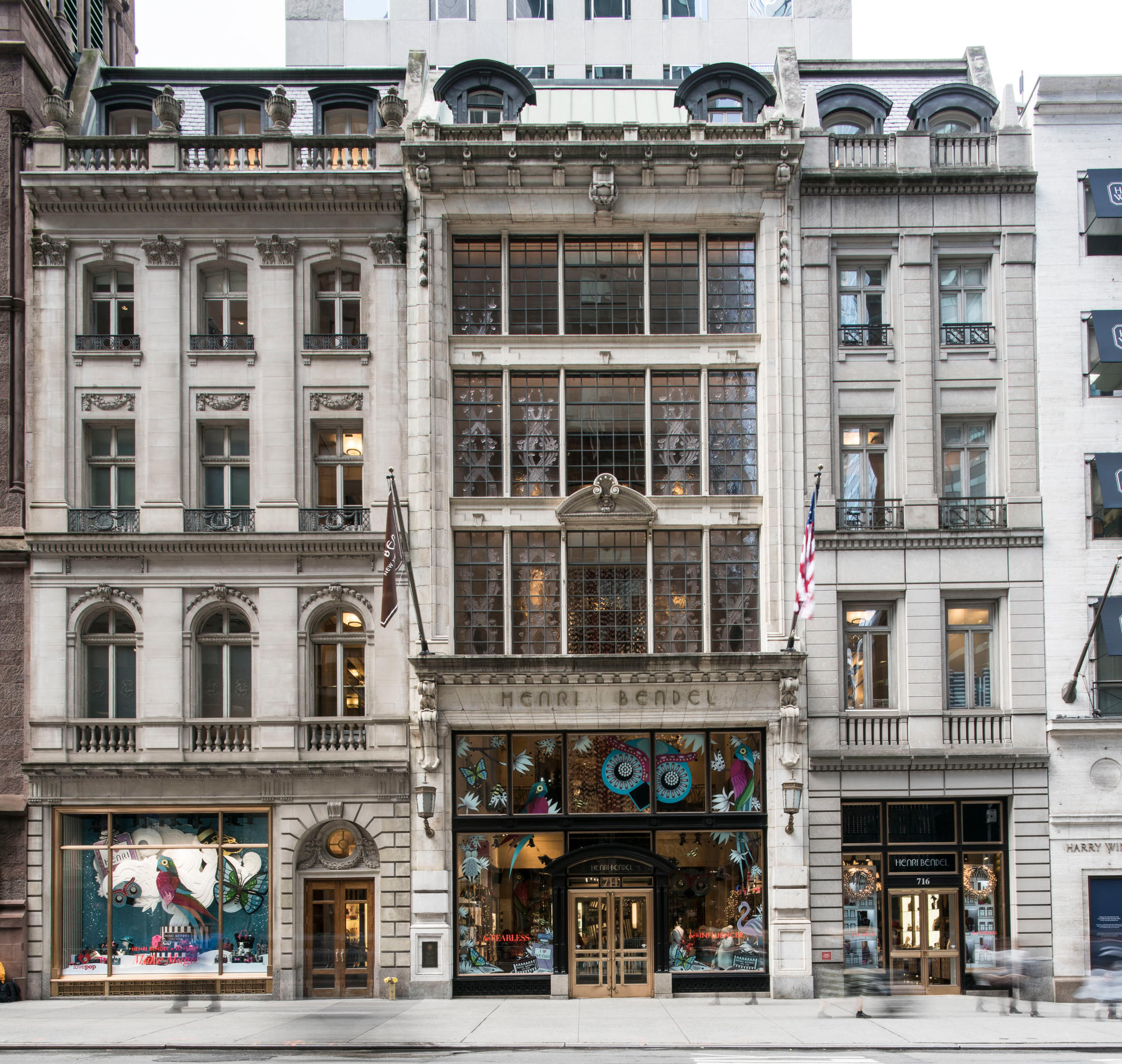 Lord and Taylors 80th annual holiday windows are filled with graciously lit classic wintry and Christmas scenes to go along with its theme: “The Best and The Brightest.” The Fifth Avenue windows take visitors on a whimsical journey, as seen through the lens of enchanted snow globes. In addition to the Fifth Avenue display, Lord & Taylor partnered with the Hallmark Channel to line its windows on 38th Street with special animations that celebrate “Countdown to Christmas,” the network’s programming event. 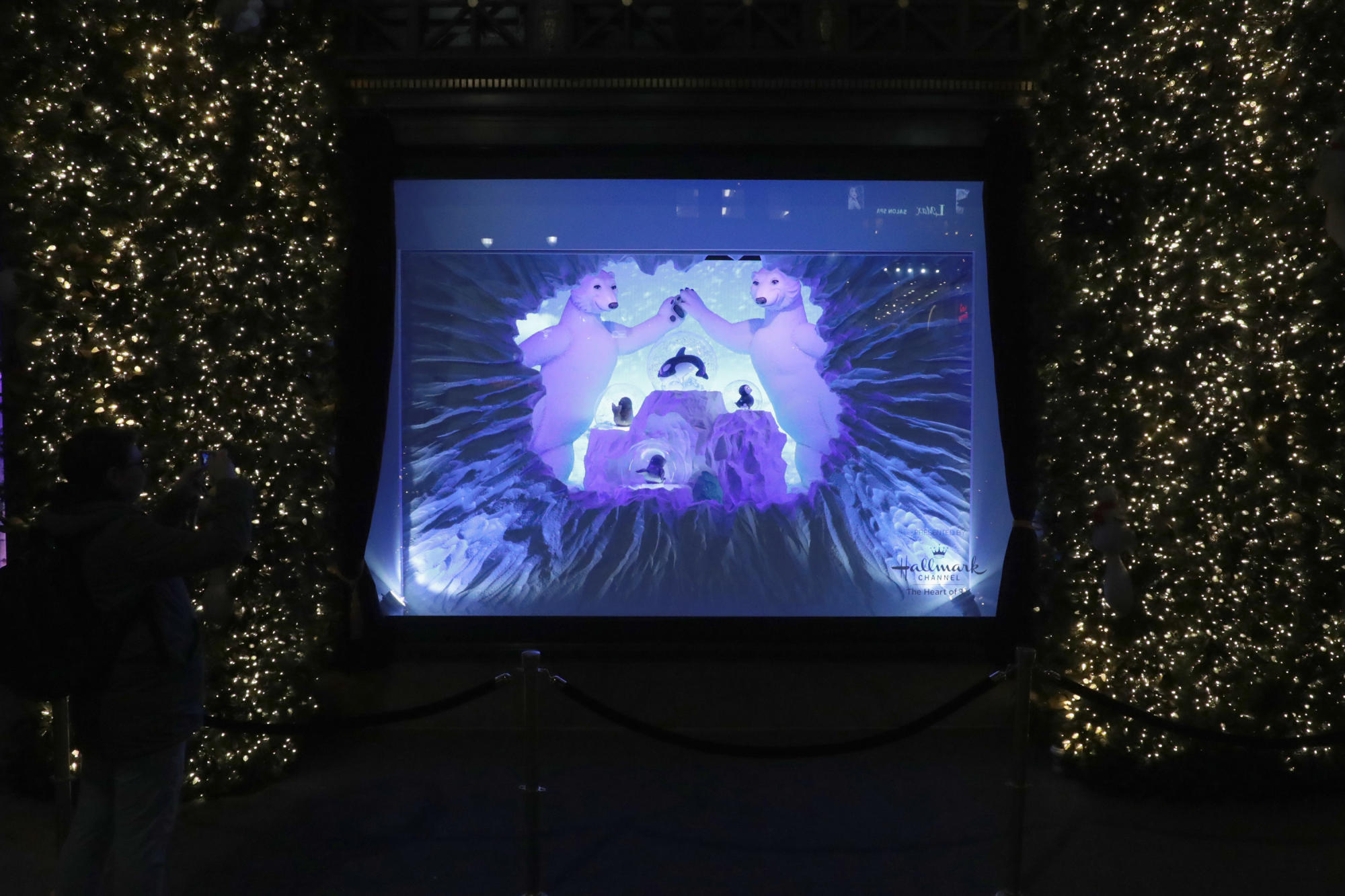 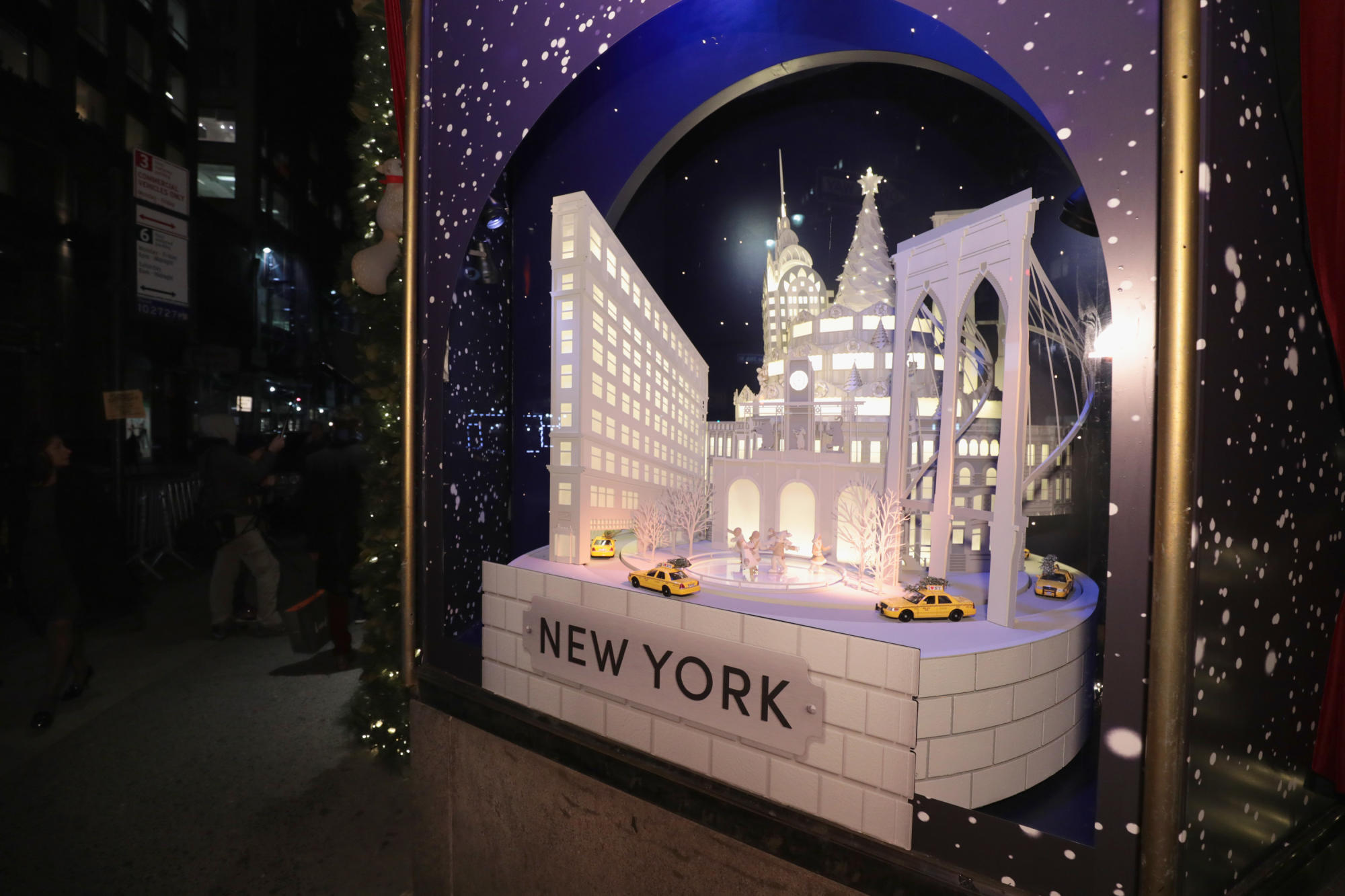 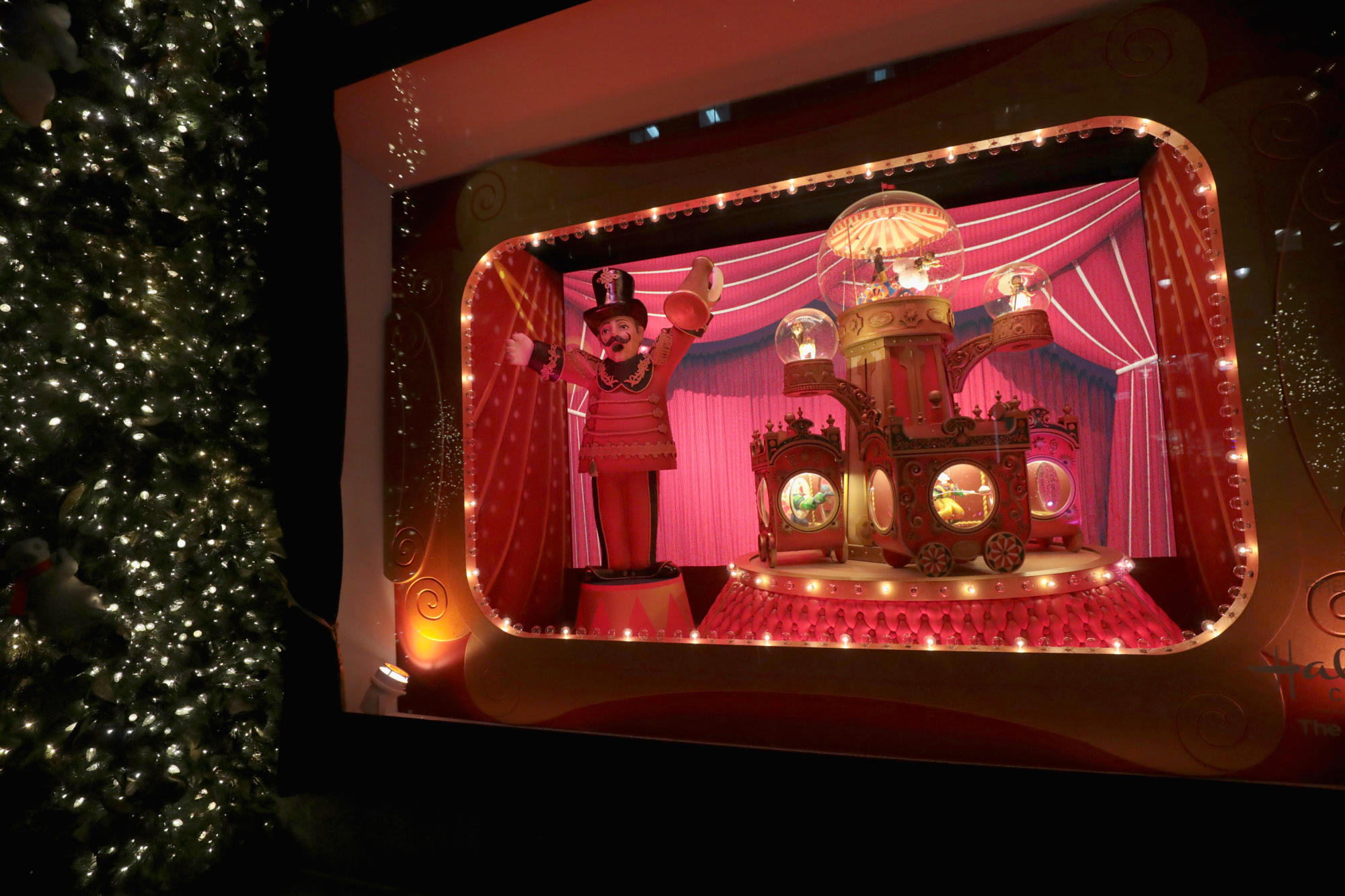 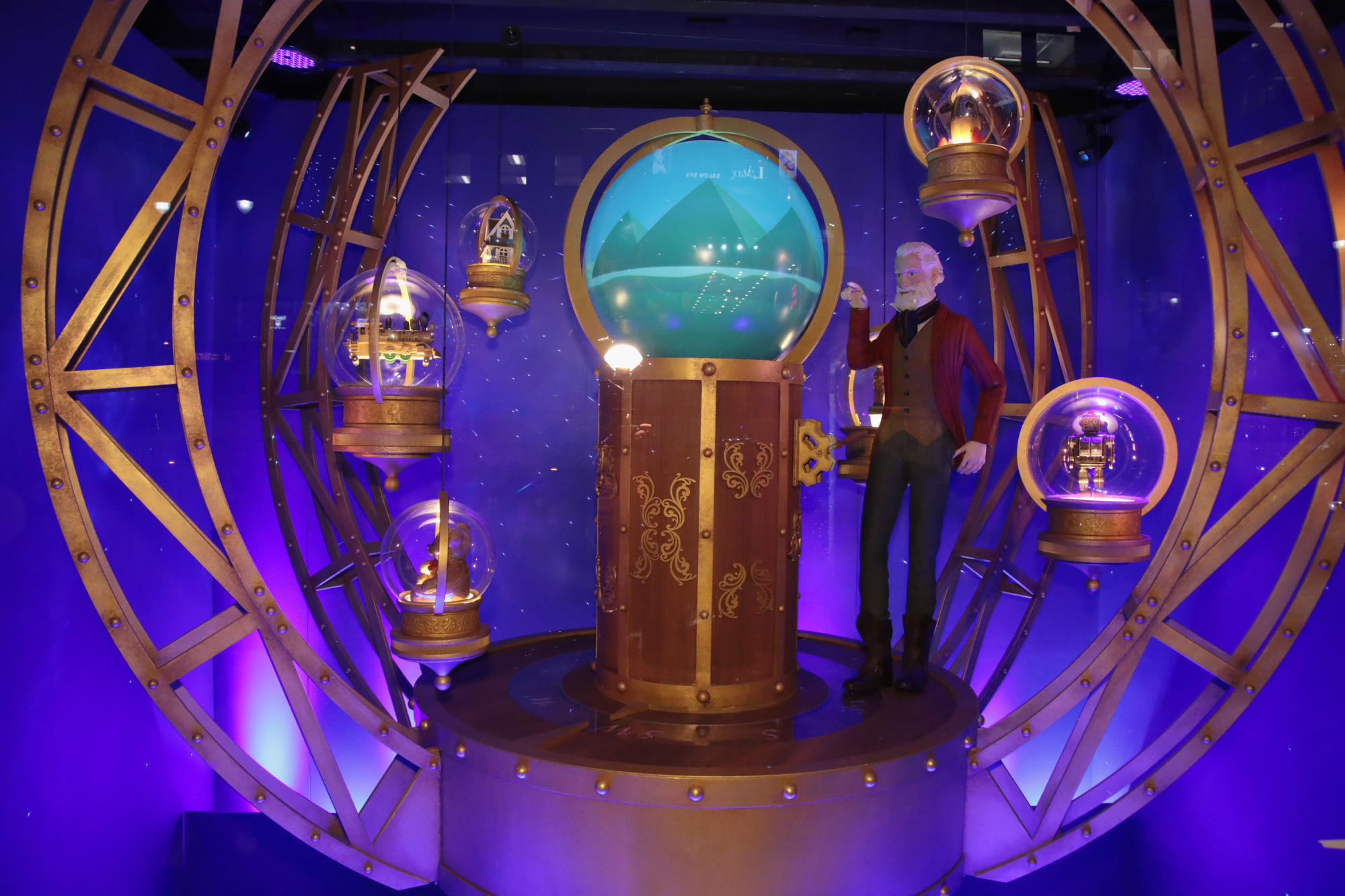 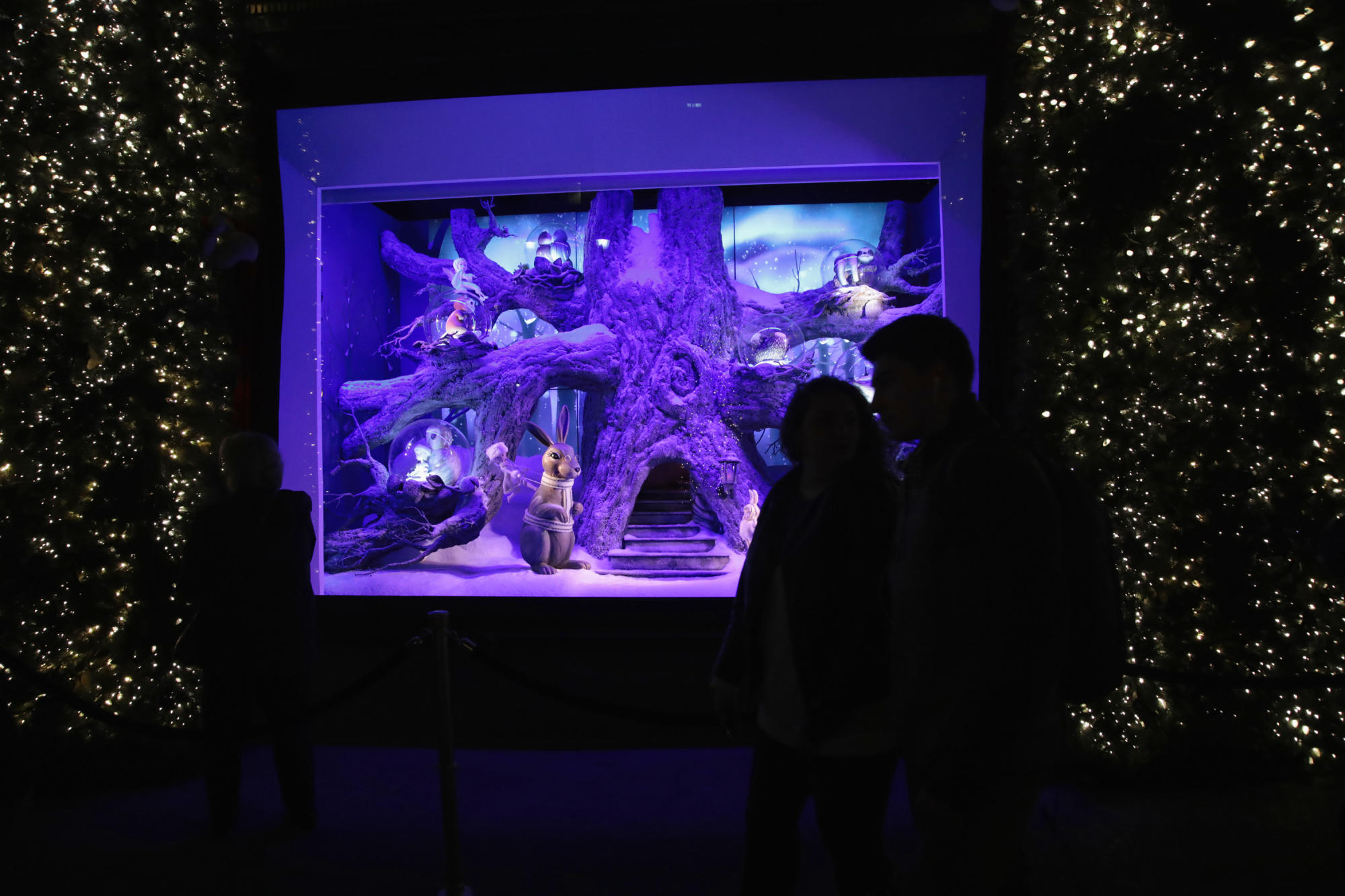 Saks Fifth Avenue partnered with Disney to retell the story of Snow White in each of its 14 Fifth Avenue-facing windows. The floral, light-filled window vignettes bring the classic fairytale to life, through animated depictions of different scenes from the film: There’s a twirling Snow White, a group of heigh-hoing dwarfs, a Wicked Queen with a ripe-as-ever poisonous apple and a magic mirror. But for the ultimate holiday treat, the luxury retailer also tasked four designers — Alberta Ferretti, Naeem Khan, Monique Lhuillier and Marchesa — to fill its 49th and 50th street windows with one-of-a-kind princess gowns fit for a modern-day Snow White, which are set amidst a lush backdrop of real moss and gold-painted furniture. 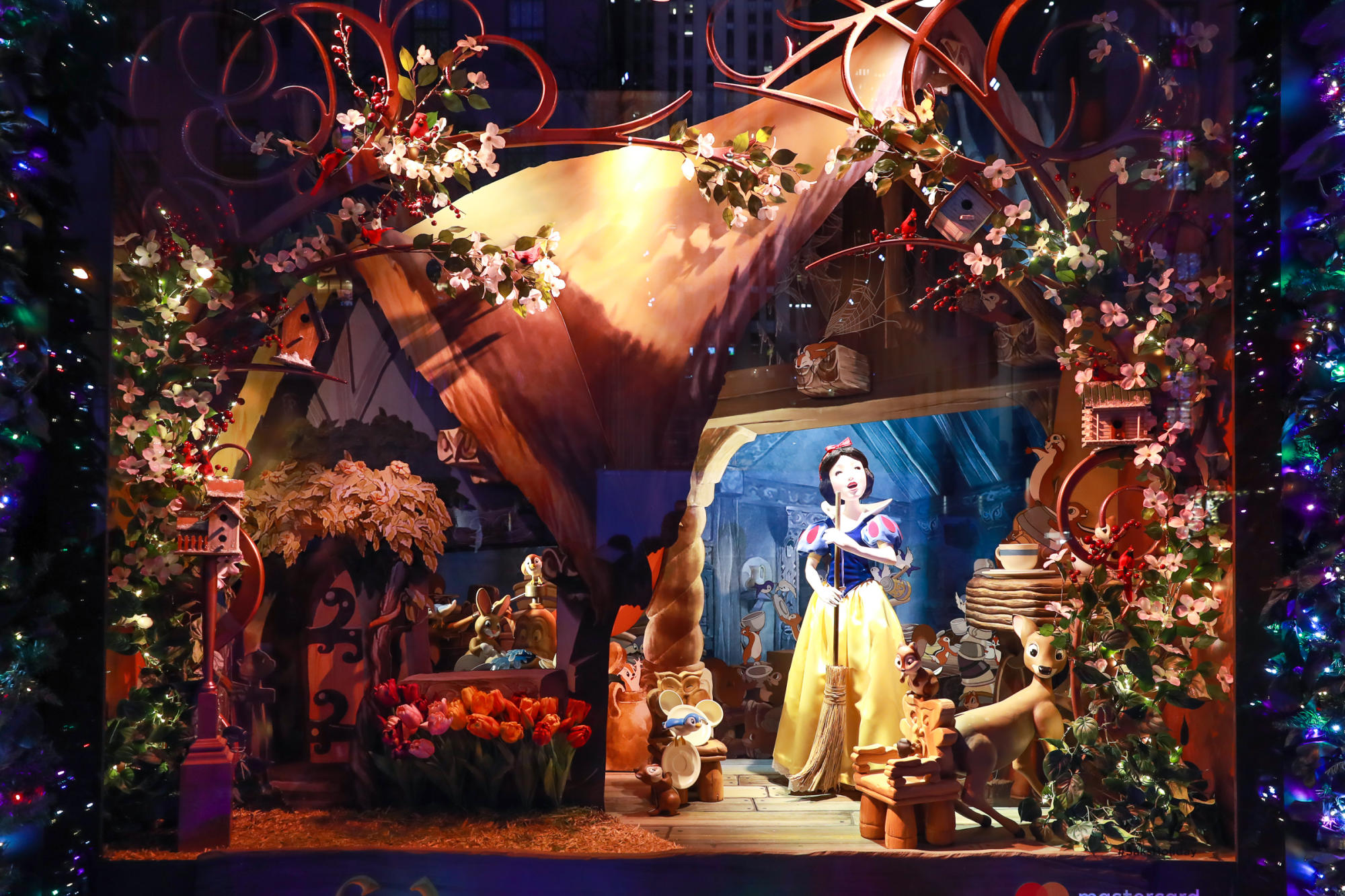 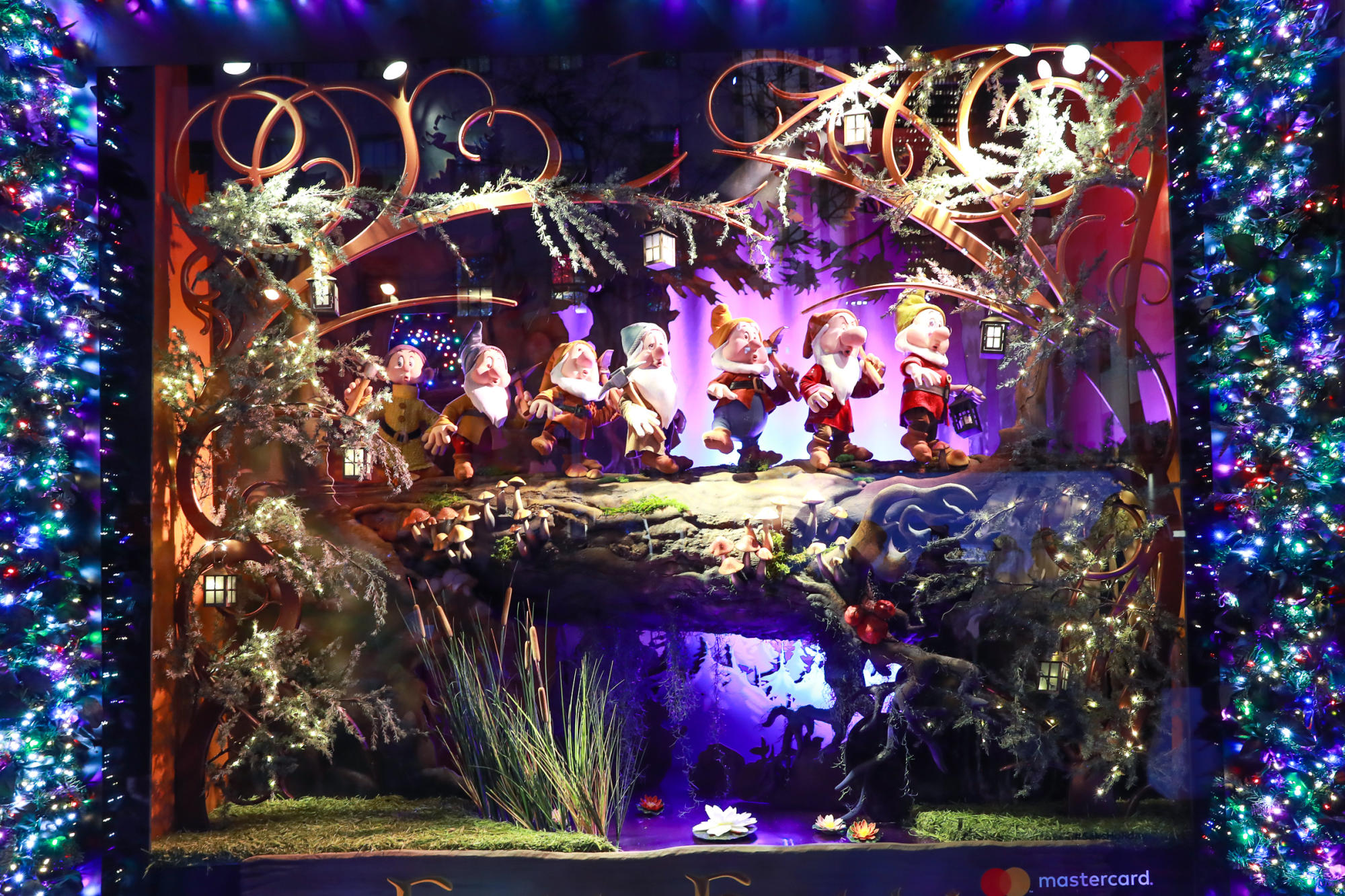 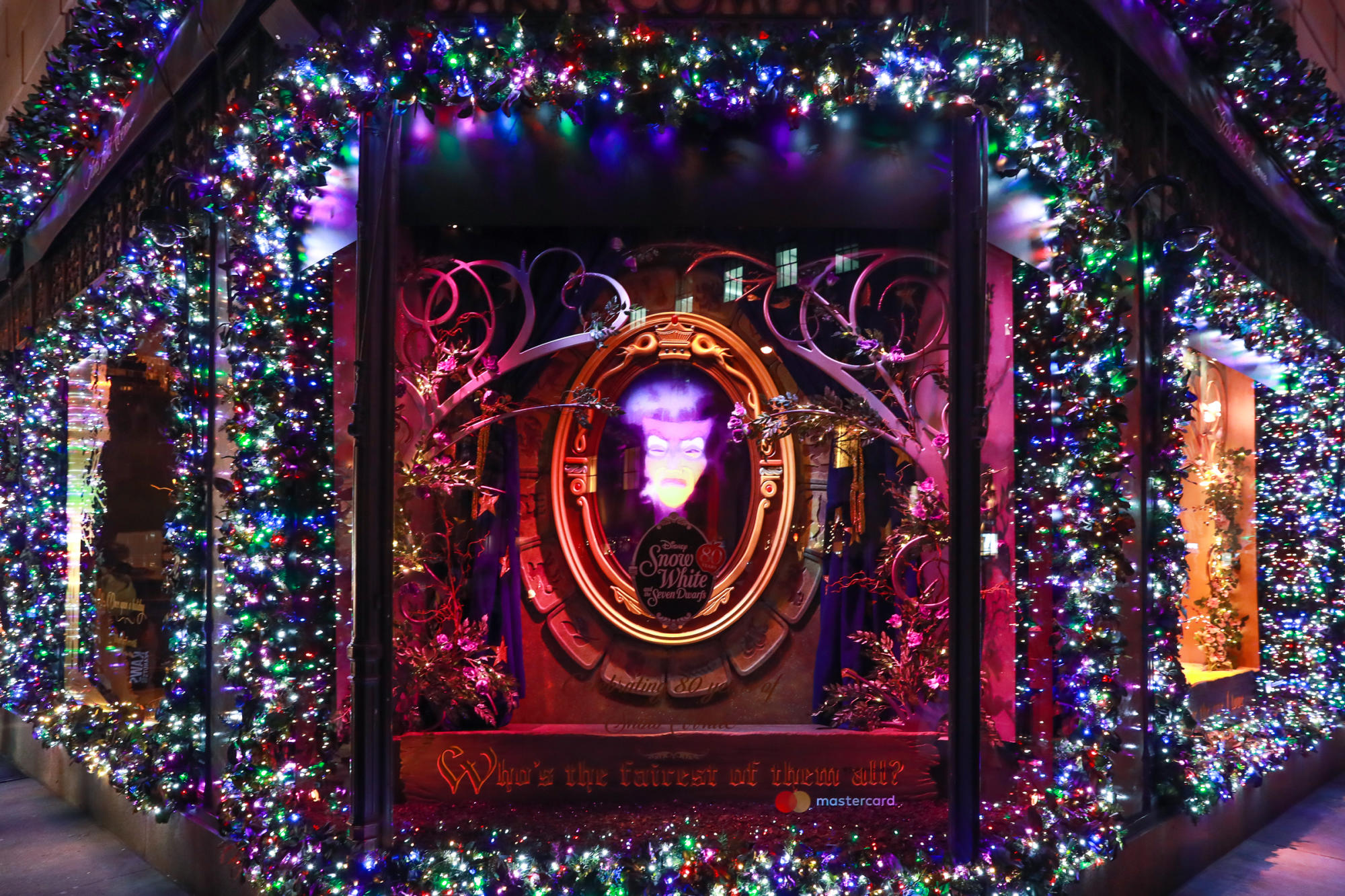 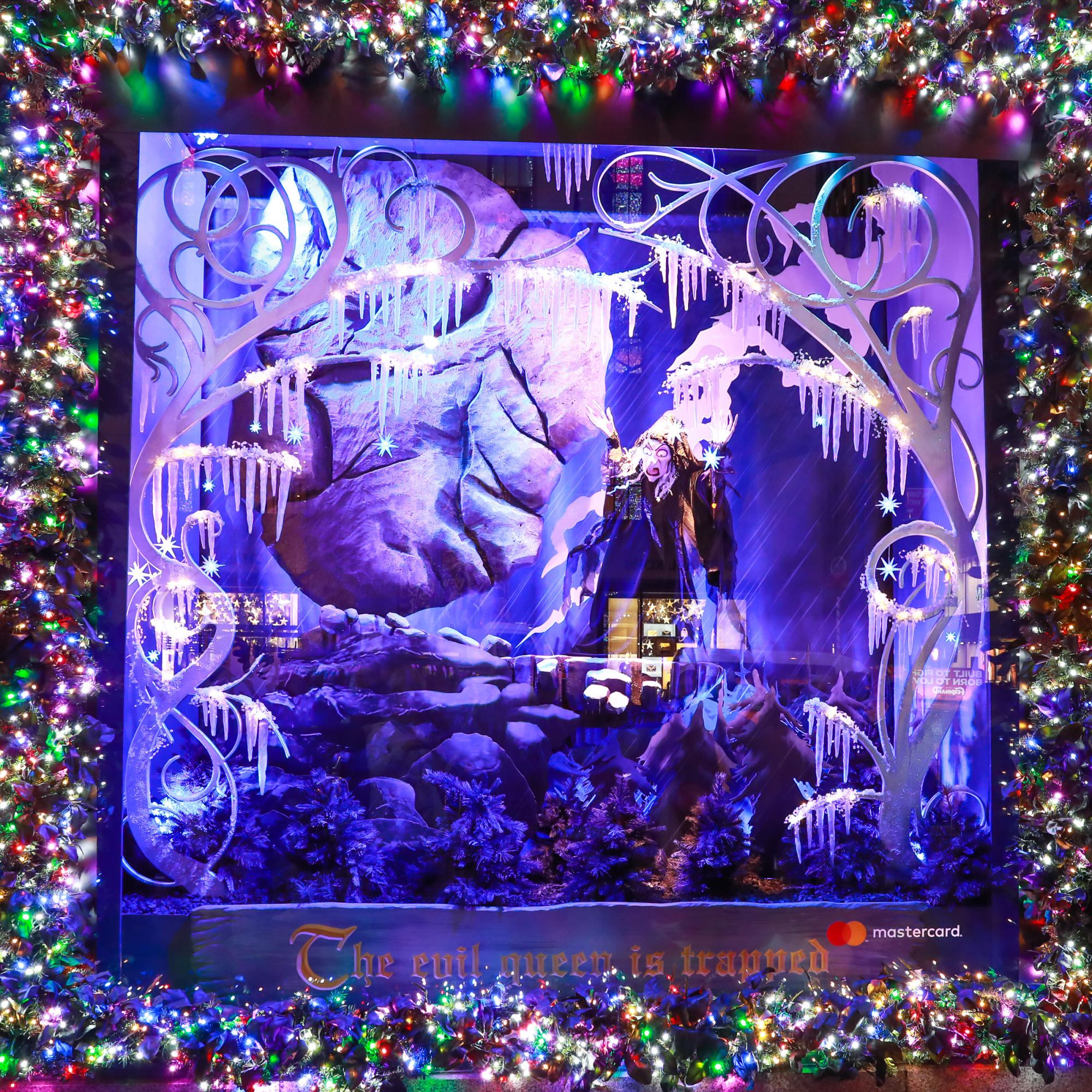 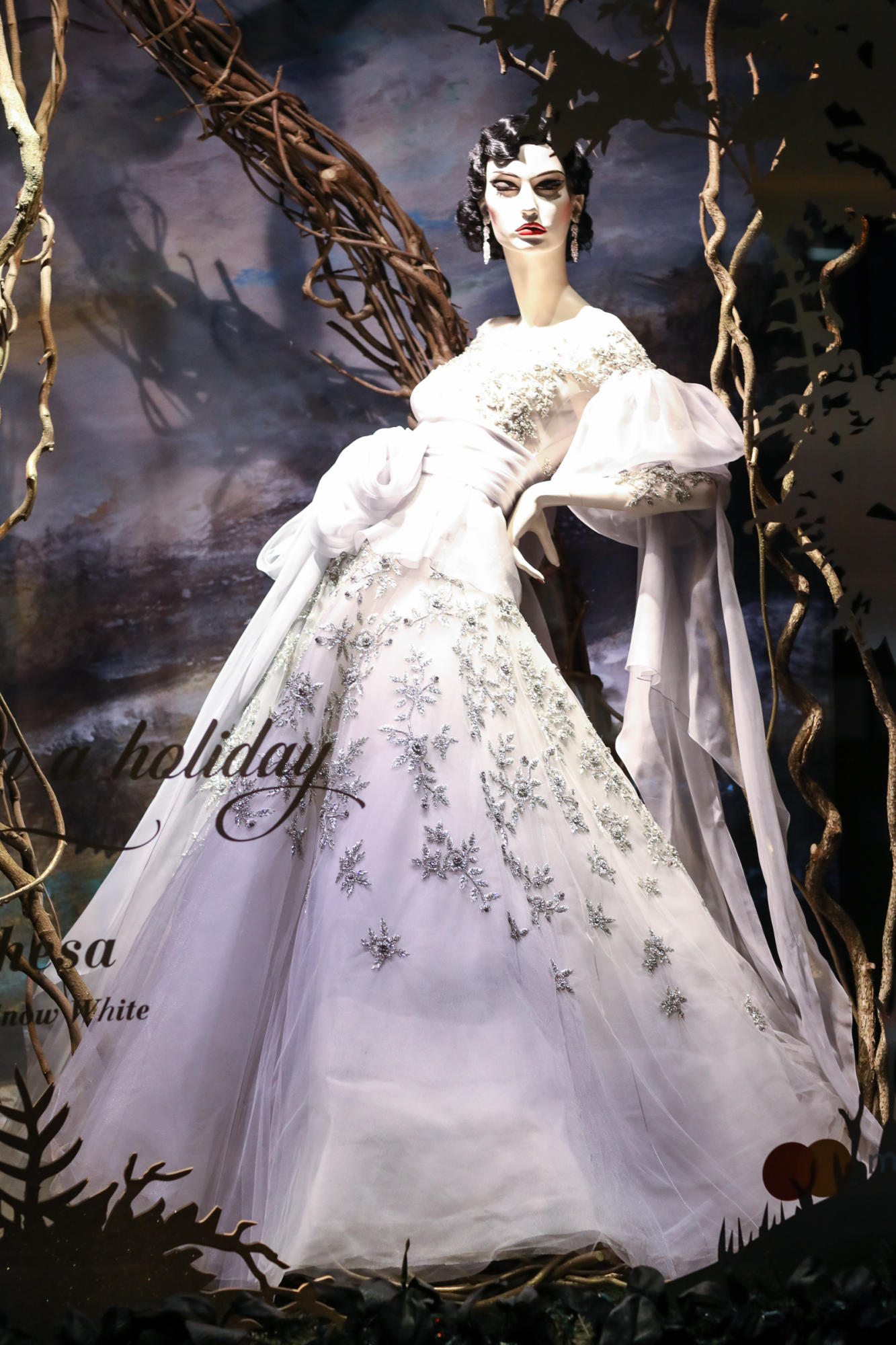 Yes, Virginia, Macy’s has once again outdone itself on its annual holiday window displays.The flagship store on 34th Street Herald Square is a must-see for New Yorkers and out-of-towners during the holiday season.   This year’s window theme is “The Perfect Gift Brings People Together.” The store unveiled its windows Thursday night with much fanfare, including a fireworks display. The windows will remain through Jan. 1.

Bloomingdale’s and Swarovski partnered with 20th Century Fox Film’s The Greatest Showman on the 2017 holiday windows. The display features skating on ice, a panther sliding down a hill, a rotating Ferris wheel, and more.