I love Halloween. You can dress up however you like, eat all the candy you want and scare the heck out of kids that want to act tough.
Today Halloween has diverted from the ancient Celtic traditions in which Samh ain (Sow-in). marked the end of summer and its harvest bringing forth the dark, cold winter, a time associated with human death and on this night the Celts believed it was the night “Ghosts” would return to earth, cause trouble and damage crops. Which brought the Celts to wear costumes, burn their crops and sacrifice animals. The Celts were conquered in 43 A.D. by the Romans, in which they replaced Samh ain with their own twist on the holiday turning Samh ain into All-hallows-eve which would be known as All-Saints-Day. 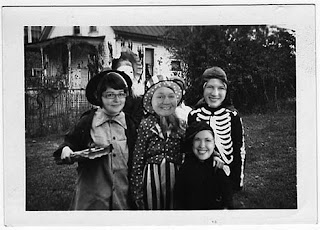 Today’s Halloween we use it as a celebration causing mischief and handing out delicious treats to the neighbor kids that wear costumes. Though today, most individuals could not tell you a scrap of history regarding how Halloween came to be and why we carve Jack-O-Lanterns or even how the name came to be. Ask a random person this question and you will typically get an answer from the “now trying to be a historian friend” about how carving pumpkins was thought up as a way to scare away ghosts. The real story behind Pumpkin carving involves a man named Jack and the tricks he played with the Devil. After making the Devil promising not to take his soul upon dying, and God not allowing him into Heaven, he was bound to earth on this one night with only a hot coal as his guide in which he put into a Squash. Such things are stories of course, but the tradition later evolved into carving Pumpkins to scare away “Jack”. 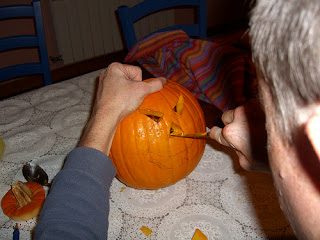 You may be thinking at this time: “Why is he stating all this garble?” Well to be honest, to celebrate something and not know anything about what is being celebrated is a bit Senseless, with the exception of you for taking the time to read this and further your education.
Though the Halloween as we know it is here to stay, how long until we forget where it came from? I have not given an entire overview of the old practices, only brief descriptions of some old traditions and how they came to be.