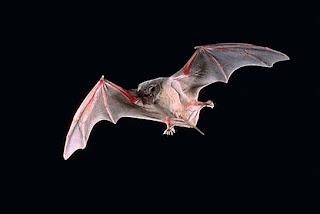 When most people think of bats, they associate them with blood sucking vampires. But, bats are gentle animals and in many cultures considered good luck.
Although bats are mammals they can fly. There about 1,000 species of bats in the world. Bats eat insects, small fruits, fish, meat and yes, even blood. They eat such a large variety because they need eat lots of food.  Bats often consume halftheir body weight a night. Fruit eating bats can eat up to twice their weight in fruit a night.
Sanguivory bats are the only type of bats that eat blood. They can be found in the southern United States as well as Mexico and other parts of South America. Bats do not suck blood; they lick blood from an open wound. Human blood is not preferred by bats. They will only lick blood from humans if nothing else is available. Cattle and domestic animals are preferred. 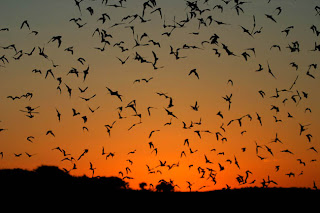 Bats are crucial to the ecosystem as they pollinate flowers and disperse tropical plant seeds. There are many trees that are in existence due to the dispersion from bats including certain kinds of Cacti and the Baobab tree in Africa. Bats also eat nocturnal insects helping to keep the environment healthy.
In China bats are considered good fortune. Often five bats will be shown together symbolizing long life, wealth, good health, love of virtue and a natural death.
In Samoa, flying bats are considered heroes that once saved a princess.
Many people think because bats often fly at night they are blind. In fact, bats have good vision and can see in both the light and the dark. They fly at night in order to get food while avoiding predators. 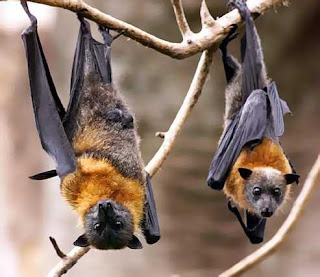 Because bats are not “dingbats” as coined by Archie Bunker as stupid; they can be trained. Bats have been trained to fly through mazes and act on command. Certain bats have learned to understand and trust humans. But, would not be  recommended as a house pet.
Most bats are clean and healthy creatures. They spend many hours cleaning themselves and less than .05 percent have rabies. The only danger is their droppings. Droppings could contain Histoplasmosis, which can cause flue like symptoms
and even death. Do not enter a cave were there are lots of bats because gases from the droppings can be in the air and could cause illness. If you must enter, wear a face mask.
Bats can be found in most regions accept those that are extremely hot or cold. They prefer areas with nice weather and where food is always available. Many species are found in the southwest United States. 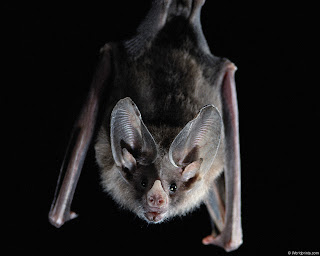 Bats can often be found in caves or with trees that have lots of leaves. Those spots are chosen in order to keep them cool and hide from predators. Different species hide in crevices and under rocks.
Most bats hang upside down while resting. This helps to make them blend into their habitat as well as allow them to watch for any predators. They have specials valves in their veins that prevent blood to rush to their head.
The average life of a bat is 10 years but some have known to live into their 30s. Most bats, however, usually die at a young age. Owls, hawks and falcons are the main predators of bats. Also snakes, raccoons and even house cats can catch a bat napping on a leaf. People often kill bats in a variety of ways including barbed wire fences. Bats tend to fly into towers and other tall structures during a storm as they become disoriented as well. 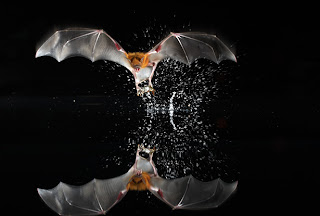 If you find a bat in your attic and are alarmed, wait until it leaves at night. Then, hang bird netting over exit points and let it hang about 2 feet. Bats are able to find their way out, if any are still there, but cannot find their way back in. Since they usually hide in holes, close them up within a few days of the bats departure. Avoid poisonous chemicals as they can be dangerous to humans and repellants do not work in getting rid of bats.
Bats are disappearing at an alarming rate. Over 40 percent of species are on the endangered list. At least four species are now extinct. There are various clubs and organizations across the United States focused on preserving bats. If you are interested in this, you should easily find one on a web search engine. Some groups include Bat Conservation International and the World Wildlife Fund. There are also local groups in various states.