So You Want To See a Real Circus?

In the late 1800’s and early 1900’s the circus was a very popular form of entertainment. Traveling from town to town, they brought their shows filled with exotic animals, daring performers, and rousing music to adoring crowds.
One town in Indiana, USA proudly celebrates it’s circus heritage every year. If you want to see a circus come to life in a small town big top, to see amateurs learning the craft, and to learn more of the history of the circus in the US, a visit to “Circus City” Peru, Indiana will be memorable.  This years event takes place from July 15th to the 22nd for 2017. 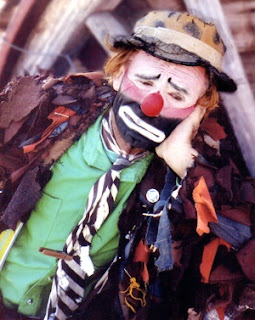 For a number of years, I had seen occasional news articles about a circus training camp and performance in Peru, Indiana. Finally, in the summer of 2008, I decided to make the trek to this small town to see it for myself. I had been to larger, modern circuses and even visited the Ringling Brothers museum in Sarasota, Florida many years before, but I must admit the Peru Amateur circus was a different experience, a rather authentic and memorable event. 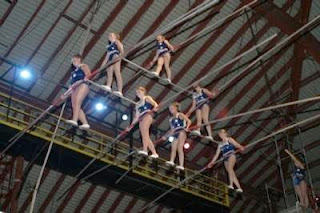 A Bit of History

The circus came to Peru, Indiana in 1884 as local businessman, Colonel Ben Wallace brought his show to town. Although his show traveled around a multi-state area, it always returned to Peru to winter. As the cirus grew, it became known as the Hagenbeck-Wallace circus and was considered a competitor to the Ringling Brothers and Barnum & Bailey shows. 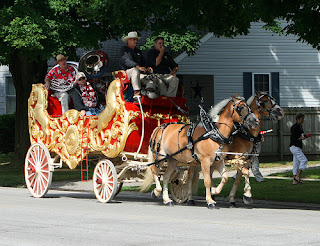 After the demise of the Hagenbeck-Wallace show, other circuses used the Peru site for shows and wintering, including the brief presence of the Ringling Brothers circus, until the 1930’s.
The love affair with the circus continued however, and in 1960 the Circus City Festival began which includes performances by the amateur circus. 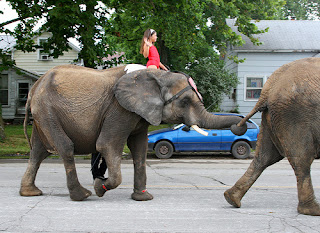 The Circus City Festival occurs for 10 days in July each year. It includes rides, games, food, entertainment, arts & crafts and much more. The parade includes authentic wagons, a calliope, floats, bands, clowns and other items of interest.
One of the primary highlights of the Circus City festival of course is the circus performance itself. At least 10 performances are held each year and include a variety of acts from juggling and unicycles to trapeeze and highwire acts. It’s a three hour long, 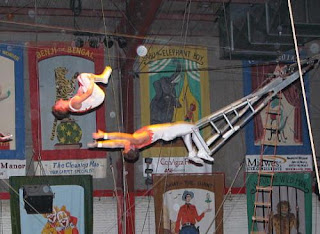 three ring circus complete with clowns and a full circus band that plays nearly non-stop.
The beautifully costumed performers consist of 250 local area residents, most of them between 7 and 21 years of age. The band, a mix of amateur and professional musicians is also comprised of many area residents although there are some who come from across the country to volunteer their time and talents. 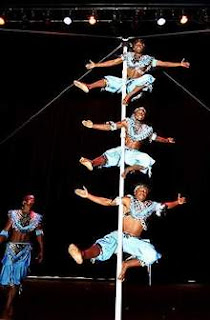 These performers have made a serious committment to the show. They begin practicing in March, perform a fairly grueling schedule during the July Circus City Festival Days, travel to surrounding states for additional performances, and even participate in an international competition in Monte Carlo each January 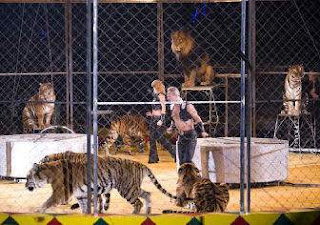 The International Circus Hall of Fame

The International Circus Hall of Fame will not be the grandest building you’ve ever entered. However, it is filled to the brim with circus history and memorabilia. Costumes, photographs, authentic equipment, and news stories from the heydey of the circus are on display for everyone to enjoy. 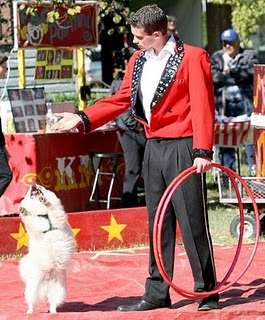 The museum is located next to the big top where the Amateur Circus is held and can be visited from May 1 through October 31st.