Imagine a white robed angel whose face is delicately hidden by a veil, held in place by a jeweled crown, walking into your families Christmas gift exchange. The glow of the candles on the tree enshroud his form with a beautiful orange glow, as he enters and hands out presents from the basket held by his child helpers. A bit different from a traditional American Santa stories, this Swiss traditional story of the Christkindli is a well-known tradition in Switzerland. Most Swiss children eagerly await the arrival of the Christ Child in his reindeer drawn sleigh to come bearing gifts for everyone. 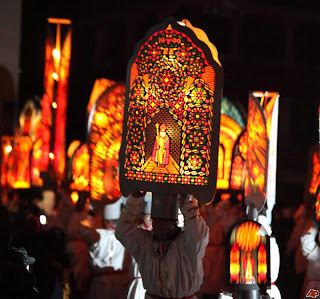 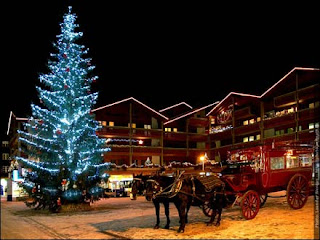 For the week preceding Christmas, kids in Switzerland dress up and visit others bearing small gifts. Bell ringing competitions between villages to call people to midnight mass have become common traditions, as have the gathering after the service for families to share giant homemade donuts (ringli) and hot chocolate.
Because Switzerland’s traditions stem mainly from 4 different cultures, Switzerland offers a wide variety of traditions and celebrations at Christmas time. Aside from native Swiss influences, Swiss Christmas times are also influenced by German, Italian, and French customs and traditions. Gifts are given by some on Christmas Eve, and by others on New Year’s Day. Though many celebrate gifts brought by Christkindli, others believe the generous spirits of St. Nicholas or Father Christmas and his wife Lucy to be responsible for the gifts. The manger scene still holds significant symbolism and importance in heralding the arrival of Christ, but the Christmas tree is also an icon. Carols are sung by Sternsingers dressed as the Three Kings in 4 languages. It seems that Switzerland has remained neutral even in holiday spirit. 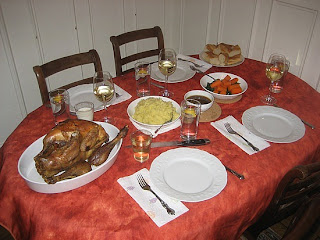 Other holiday celebrations in Switzerland include the Chlaujagen Festival or the Feast of St. Nicholas, it is celebrated on December 6th. A procession of lifetrager parade down the street wearing huge illuminated lanterns shaped like Bishop’s mitres on their heads. Regardless of which tradition a Swiss family follows, it would seem that Switzerland has the Christmas spirit. I imagine, Christmas in Switzerland must be quite romantic and fairy tale like. As the German speaking Swiss say, “Frohliche Weihnachten”!, or “Merry Christmas”!