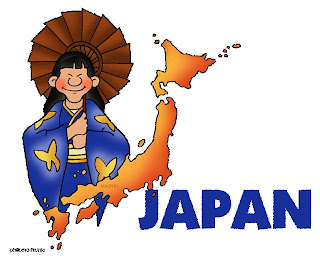 Obon or just Bon is a Japanese Buddhist custom to honor the departed (deceased) spirits of one’s ancestors. This Buddhist custom has evolved into a family reunion holiday during which people return to ancestral family places and visit and clean their ancestors’ graves, and when the spirits of ancestors are supposed to revisit the household altars. It has been celebrated in Japan for more than 500 years and traditionally includes a dance, known as Bon-Odori.
The festival of Obon lasts for three days; however its starting date varies within different regions of Japan. When the lunar calendar was changed to the Gregorian calendar at the beginning of the Meiji era, the localities in Japan reacted differently and this resulted in three different times of Obon. “Shichigatsu Bon” (Bon in July) is based on the solar calendar and is celebrated around 15 July in eastern Japan (Kantō: areas such as Tokyo, Yokohama and the Tohoku region), coinciding with Chūgen. 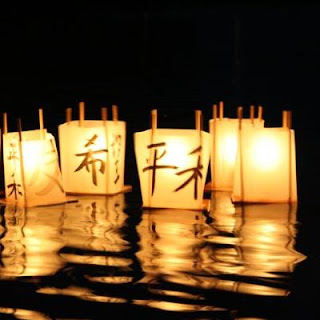 “Hachigatsu Bon” (Bon in August) is based on the solar calendar, is celebrated around the 15th of August and is the most commonly celebrated time. “Kyu Bon” (Old Bon) is celebrated on the 15th day of the seventh month of the lunar calendar, and so differs each year. “Kyu Bon” is celebrated in areas like the northern part of the Kantō region, Chūgoku, Shikoku, and the Southwestern islands. These three days are not listed as public holidays but it is customary that people are given leave.

Obon is a shortened form of Ullambana. It is Sanskrit for “hanging upside down” and implies great suffering.  The Japanese believe they should ameliorate the suffering of the “Urabanna”.
Bon Odori originates from the story of Maha Maudgalyayana (Mokuren), a disciple of the Buddha, who used his supernatural powers to look upon his deceased mother. He discovered she had fallen into the Realm of Hungry Ghosts and was suffering.  Greatly disturbed, he went to the Buddha and asked how he could release his mother from this realm. Buddha instructed him to make offerings to the many Buddhist monks who had just completed their summer retreat, on the fifteenth day of the seventh month. The disciple did this and, thus, saw his mother’s release. He also began to see the true nature 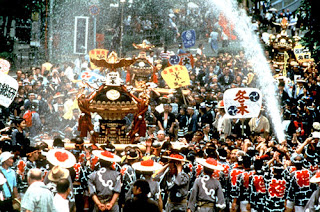 of her past unselfishness and the many sacrifices that she had made for him. The disciple, happy because of his mother’s release and grateful for his mother’s kindness, danced with joy. From this dance of joy comes Bon Odori or “Bon Dance”, a time in which ancestors and their sacrifices are remembered and appreciated. See also: Ullambana Sutra.
As Obon occurs in the heat of the summer, participants traditionally wear yukata, or light cotton kimonos. Many Obon celebrations include a huge carnival with rides, games, and summer festival food like watermelon.
The festival ends with Toro Nagashi, or the floating of lanterns. Paper lanterns are illuminated and then floated down rivers symbolically signaling the ancestral spirits’ return to the world of the dead. This ceremony usually culminates in a fireworks display. 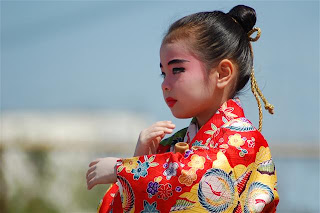 Bon Odori, meaning simply Bon dance is a style of dancing performed during Obon. Originally a Nenbutsu folk dance to welcome the spirits of the dead, the style of celebration varies in many aspects from region to region. Each region has a local dance, as well as different music. The music can be songs specifically pertinent to the spiritual message of Obon, or local min’yo folk songs. Consequently, the Bon dance will look and sound different from region to region. Hokkaidō is known for a folk-song known as “Soran Bushi.” The song “Tokyo Ondo” takes its namesake from the capital of Japan. “Gujo Odori” in Gujō, Gifu prefecture is famous for all night dancing. “Goshu Ondo” is a folk song from Shiga prefecture. Residents of the Kansai area will recognize the famous “Kawachi ondo.” Tokushima in Shikoku is very famous for its “Awa Odori,” or “fool’s dance,” and in the far south, one can hear the “Ohara Bushi” of Kagoshima. 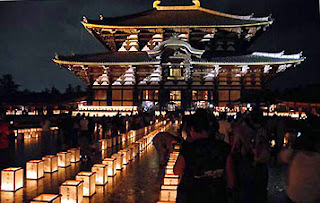 The way in which the dance is performed is also different in each region, though the typical Bon dance involves people lining up in a circle around a high wooden scaffold made especially for the festival called a ‘yagura‘. The yagura is usually also the bandstand for the musicians and singers of the Obon music. Some dances proceed clockwise, and some dances proceed counter-clockwise around the yagura. Some dances reverse during the dance, though most do not. At times, people face the yagura and move towards and away from it. Still some dances, such as the Kagoshima Ohara dance, and the Tokushima Awa Odori, simply proceed in a straight line through the streets of the town. 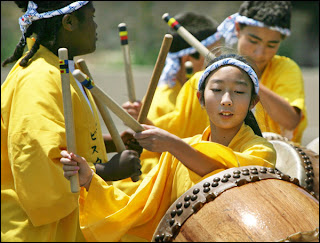 The dance of a region can depict the area’s history and specialization. For example, the movements of the dance of the Tankō Bushi (the “coal mining song”) of old Miike Mine in Kyūshū show the movements of miners, i.e. digging, cart pushing, lantern hanging, etc. All dancers perform the same dance sequence in unison.
There are other ways in which a regional Bon dance can vary. Some dances involve the use of different kinds of fans, others involve the use of small towels called tenugui which may have colorful designs. Some require the use of small wooden clappers, or “kachi-kachi” during the dance. The “Hanagasa Odori” of Yamagata is performed with a straw hat that has been decorated with flowers. 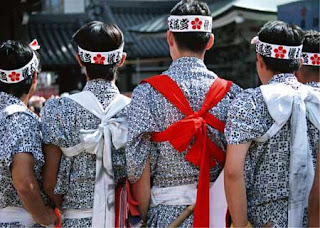 The music that is played during the Bon dance is not limited to Obon music and min’yo; some modern enka hits and kids’ tunes written to the beat of the “ondo” are also used to dance to during Obon season. The “Pokémon Ondo” was used as one of the ending theme songs for the anime series in Japan.
The Bon dance tradition is said to have started in the later years of the Muromachi period as a public entertainment. In the course of time, the original religious meaning has faded, and the dance has become associated with summer.
To celebrate O-Bon in Okinawa, the eisa drum dance is performed instead. 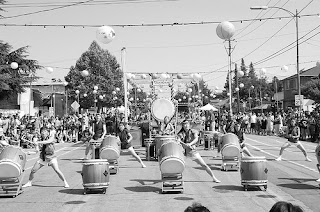 In Argentina, the Bon Festival is celebrated by Japanese communities during the summer of the southern hemisphere. The biggest festival is held in Colonia Urquiza, in La Plata Partido. It takes place on the sports ground of the La Plata Japanese School. The festival also includes taiko shows and typical dances.

Bon Odori Festival is celebrated every year in many Japanese communities all over Brazil, as Brazil is home to the largest Japanese population outside of Japan. São Paulo is the main city of the Japanese community in Brazil, and also features the major festival in Brazil, with street odori dancing and matsuri dance. It also features Taiko and Shamisen contests. And, of course, this festival is also a unique experience of a variety of Japanese food & drinks, art and dance. 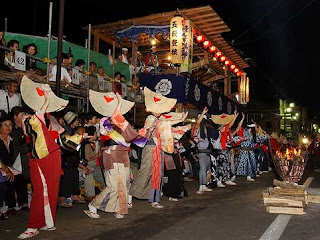 In Malaysia, Bon Odori Festivals are also celebrated every year in Penang and at the Matsushita Corp Stadium in Shah Alam, Selangor. This celebration, which is a major attraction for the state of Selangor, is the brain child of the Japanese Expatriate & Immigrant’s Society in Malaysia. In comparison to the celebrations in Japan, the festival is celebrated on a much smaller scale in Penang and Selangor, and is less associated with Buddhism and more with Japanese culture. Held mainly to expose locals to a part of Japanese culture, the festival provides the experience of a variety of Japanese food and drinks, art and dance.

The “Bon season” is an important part of the present-day culture and life of Hawaii. Bon Odori festivals are also celebrated in North America, particularly by Japanese-Americans or Japanese-Canadians affiliated with Buddhist temples and organizations. Buddhist Churches of America (BCA) temples in the U.S. typically celebrate Bon Odori with both religious Obon observances and traditional Bon Odori dancing around a yagura. Many temples also concurrently hold a cultural and food bazaar providing a variety of cuisine and art, also to display features of Japanese culture and Japanese-American history.  Performances of taiko by both amateur and professional groups have 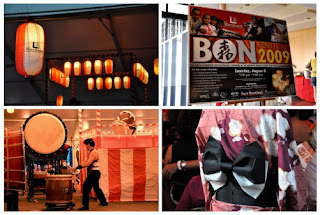 recently become a popular feature of Bon Odori festivals.   Bon Odori festivals are usually scheduled anytime between July and September. Bon Odori melodies are also similar to those in Japan; for example, the dance Tankō Bushi from Kyūshū is also performed in the U.S. In California, due to the diffusion of Japanese immigration, Bon Odori dances also differ from Northern to Southern California, and some are influenced by American culture, such as “Baseball Ondo”.