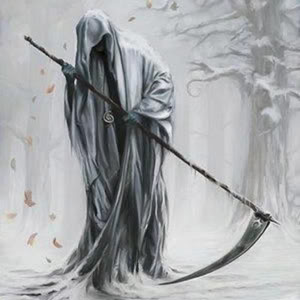 As spooky sights go, a glimpse of the Grim Reaper is enough to send a shiver down most spines. He is Death personified, and his scythe is legendary for severing our souls from our bodies at the appointed time.  The Grim Reaper is very popular on Halloween, but he also figures prominently in historical tales and popular culture throughout the year. Get to know the Grim Reaper with these thirteen thrilling facts. (Most people don’t get to know him until it’s too late!)

1. It is believed that the Grim Reaper is based on the Greek god Chronos, also known as Father Time. Chronos’ ties to time and the harvest spawned the symbolism of the Reaper’s hourglass and scythe.

2. In the Biblical Book of Revelations, Death is personified as one of the Horsemen of the Apocalypse. He is the third to ride, and his mount is a pale horse. 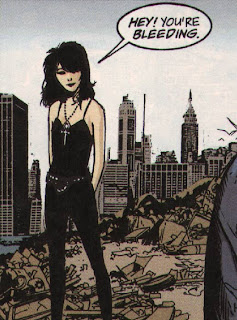 4. The Showtime series Dead Like Me features an assortment of Grim Reapers from all walks of life. In addition to their Reaper duties, the characters hold down regular jobs (for the most part), and struggle with many of the same challenges they faced as mortals.

5. Death, in typical Grim Reaper regalia, is a recurring character in Terry Pratchitt’s Discworld novels. This Death has been known to go on vacation, engage in fly-fishing, play the guitar, pass out holiday gifts, and enjoy a good curry from time to time. He also likes cats. A lot. 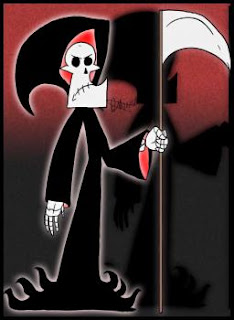 6. In Cartoon Network’s The Grim Adventures of Billy & Mandy, the Grim Reaper was forced to befriend the title characters after losing a limbo contest.

7. The Grim Reaper Society is an anti-smoking movement and accounting of smoking-related deaths.

8. The Reaper is also used to discourage young people from drinking and driving in a campaign by the Texas Alcoholic Beverage Commission, and others. 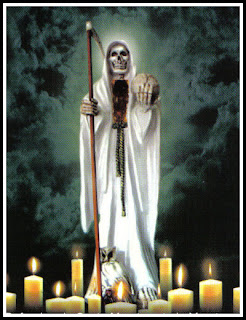 9. One religious group worships the Grim Reaper as a saint, whom they call Santa Muerte. Though this group seeks official recognition, the Catholic Church doesn’t seem to approve.

10. Ingmar Bergman’s 1957 movie, The Seventh Seal, shows a young knight challenging Death to a game of chess. The knight’s life is the wager.

11. In the Sims PC game, you can play rock-paper-scissors with the Grim Reaper to win back the life of a loved one.  You can also try begging.

12. The Grim Reaper might be above the law, but his impersonators are not. A couple of Reapers have been arrested in recent years. Their crimes? Civil disobedience. Another was detained for frightening elderly folks by peering into their windows at night. 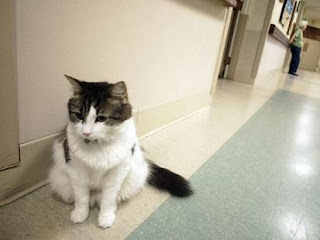 13. Oscar, a cat that resides in a New England nursing home, has been nicknamed a “furry Grim Reaper” because of his uncanny ability to predict patients’ deaths.